BR Analysis. Money to spend only on wages and pensions? Romania’s social spending enters danger zone above 60 pct of total budget, limiting room for response in case of economic downturn 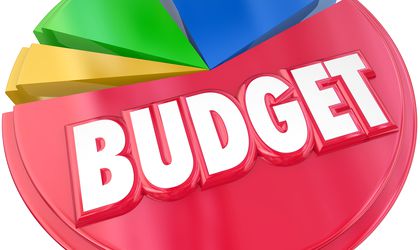 Romania’s public spending on wages and pensions reached 61.4 percent of total spending in the first four month of this year, the second-highest level in decades and largely above the financial crisis levels, when the second-poorest country in the European Union needed a loan from the IMF to salvage its economy and avoid bankruptcy.

Official data released in March show Romania’s GDP, the index widely used to measure the size of national economies, recorded growth of 6.9 percent in 2017 in real terms, the highest since 2008, to reach RON 858.3 billion (EUR 187.9 billion).

But this model has generated high public spending on wages and pensions and larger fiscal and current account deficits.

Rising public spending on wages and pensions in 2008 and 2009 was one of the main causes of huge budgetary constraints of Romania during the financial crisis, which ultimately led to the EUR 20 billion salvage-loan from the international financial institutions in 2009 (IMF, the European Commission and the World Bank) and to public wages’ cut by 25 percent in 2010.

Having fresh memories about the huge budgetary difficulties experienced in 2009-2010, governments kept social spending under control until 2015, with spending on wages and pensions between 51.9 percent of total spending in 2011 and 53.8 percent in 2014 (followed by a decline to 52.5 percent in 2015).

But social spending has entered again on a fast growth trend during the last couple of years, with public spending on wages and social assistance reaching 57.3 percent of total budget in 2016, 58.7 percent in 2017 and more than 61 percent during the first four months of this year.

This sharp increase generates concerns among the experts.

“Social assistance spending increased by 10.8 percent YoY with another 10 percent hike in pensions by mid-year versus the full-year planned increase of 5.9 percent. Public sector wages and social assistance hit 61.4 percent of total budget expenditures after four months versus 57.2 percent budgeted for the whole year,” ING analysts said, in a research note.

BR calculations show that the government spent on wages and social assistance (mainly pensions) RON 58.7 billion in the first four months of this year, of total spending of RON 95.6 billion.

No room for fiscal response

Experts warn this trend poses huge risks for the government. “This limits the room for response by the government, provided there is a requirement for fiscal intervention,” ING analysts point out.

At the same time, the government has cut public investment during the last couple of years, especially in infrastructure projects, threatening economic growth in the coming years.

“The first risk is related to the public budget, and we’re already seeing that budget execution is shattering. This situation could lead to fiscal constraints, like tax increases or spending cuts,” Horia Braun, chief-economist at BCR, told Business Review.

The second risk is an even greater reduction in public investment, at a moment when Romania needs significant public spending, especially on infrastructure, experts say.

Another major effect is rising borrowing cost for Romania’s government. Last week, Romania’s sovereign 10-year bonds yield, a barometer for the cost of financing in the economy, reached a fresh 4-year high of 4.835 percent, amid growing concerns regarding the health of public finances.

This generated a large burden for the government: Finance Ministry data show that interest expense rose by 56.2 percent during the first four months of this year, to RON 5.06 billion, from RON 3.24 billion in January-April 2017.