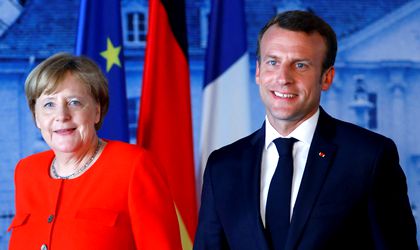 The French and German leaders Emmanuel Macron and Angela Merkel have agreed to create a budget for the eurozone and claimed a “new chapter” will begin for the currency union, Reuters reports. Details of the deal will be discussed later with other members of the bloc.

Macron and Merkel met in order to prepare for an EU summit at the end of June. France had pressed Berlin for months to agree to reforms that could crisis-proof the bloc.

The new budget was presented as a means of boosting the bloc’s economic competitiveness. Macron said it could be operational by 2021.

“We know that an economic and monetary union can only remain intact if economic policies converge,” Merkel said, adding that eurozone reform was the toughest issue in talks, which also touched on European foreign and defense policy and immigration.