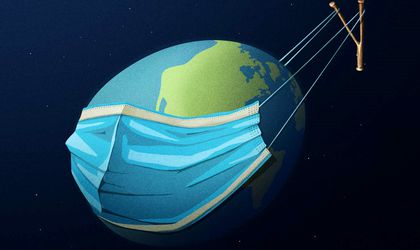 At the level of the whole media market in Romania, the Media Fact Book analysis estimates a drop of 16,5% in 2020 compared to 2019, up to the financial step of EUR 401 million. The market would have had a positive evolution in normal economic and health conditions, with a potential of EUR 506 million- but, unfortunately, that step wasn’t reached anymore.

Therefore, even the loses of last year will be of almost EUR 70 million, compared to what could have the media Romanian market reach, the difference is over EUR 100 million. Quarterly, the Covid-19 effects are considered to be more pronounced in the second and third quarter in 2020, with drops of 35%, respectively 20%, compared to the same periods of time in 2019, while the fourth quarter is seen with a moderate optimism with drops of 10 – 12% compared to the last year. 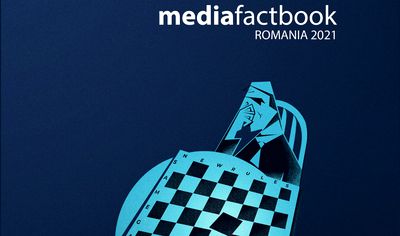 Read more about
Media Fact Book: 2021 is the year in which the total value of the media market exceeds 500M euro
read more

Compared to the effects of the economic crisis of 12 years ago when the media market in Romania had a drop of 36%, translated in loses cumulated in 2009 in value of almost EUR 200 million, the estimated impact of the COVID-19 pandemic is at a reduced scale, situation that creates the premises of a faster recovery.

„The Romanian media advertising market is a market that reached the maturity and one of the reasons that give us hope in the recovery of the negative trend is exactly the fact that the market’s actors learned from the experience of the previous crisis and reacts now with more caution. Therefore, we are feeling encouraged to believe in the premises of a getting out of this grey area easier than it happened in the episode 2009 – 2010. Of course, the evolution of the media market depends greatly also by Romania’s macro-economic evolution and the scenario that we propose is in great liaison with the partial recovery of most of the media areas until the end of the year and doesn’t take in account the potential impact generated by the new restrictions towards the end of 2020,”, said Alexandra Olteanu, Managing Director, Initiative. In 2019, the investments in the Romanian media market continued to rise with 5,6% reaching the level of EUR 480 million. The majority of the media segments – TV, digital, radio, OOH – continued the ascending trend, with one exception: the print, that dropped moderately.

The television grew in value last year with 2,5% to EUR 308 million, but contracted easily from the market share point of view, in favor of the digital industry. The top of the main media groups remained stable, being still dominated by CME, Intact and Dogan Media, while the public’s preferences for content remained in the area of the local talent-show and cooking-show formats.

For 2020, due to the crisis generated by the COVID-19 pandemic, estimates loses of EUR 47 million for TV, with a drop of almost 15% at the investments’ level compared to last year. The rises of the media market in Romania was partially generated in 2019, as well, by the digital media, that grew last year with 17%, reaching a value of EUR 99 million investment.

In creating this prognosis, the Media Fact Book analysis was based on the evaluation of the digital investments of the big advertising clients, without including a very numerous category of digital clients (SME digital long tail), that invest mostly or exclusively online, mainly on Google and Facebook.

For 2020, even the digital has negative predictions, with an estimated drop of 7% of the market value, up to EUR 92 million. Still, the basis remains solid and ready to support as soon as possible a fast recovery. At an European level, IAB Europa predicts an accelerated recovery of the advertising spending on social networks and on search (conforming the general segment) and a slower one in the video, classical banners and announcement areas (the last ones being the most impacted ones).

For the radio industry, the year 2019 proved to be a good one with a growth of 2,2% of the audience in urban and a growth of 0,9% of the number of listeners in Bucharest. From a value point of view, the Romania radio market grew last year with 10%, up to EUR 28 million. 2019 was the first year in which the radio audience was bigger in the car than at home. In 2020, under the impact of the COVID-19 crisis, people listened radio from home more than usual, but, even in those conditions, is estimated that the impact this year over the radio will determine a contraction in value of 29%.

The OOH market keeps the same growth rhythm in the last three years, therefore, as in 2017 and 2018, in 2019 the investments in the segment of the street advertising appreciated with 5%, up to EUR 32 million. In 2020, the estimates suggest that the pandemic will drop the OOH local industry to its lowest in the recent history, to EUR 23 million.

The difficulties that the printed press confronted with in the last years also manifested themselves in 2019, therefore the print dropped, for the 11th year in a row, with almost 5%, at EUR 12 million. The daily and weekly publications lost last year 17-19% of their readers, while the public of the monthlies dropped with 1%, in medium. In 2020, the print was completed annulled during the isolation and is previewed a drop of 60% of the investments in this segment by the end of the year.

Beyond the usual analysis that the Media Fact Book got us accustomed with during its 24 years of existence, this year’s edition contains a cover story dedicated to COVID-19 and the manner in which this pandemic changed the media consumption.

„Looking back from 2030, it might seem that, 10 years ago, it was a second infection besides the one with the SARS-CoV2, produced by a virus that we are have been hosting for a longtime – the digitalization. After a longtime in which we kept together the digital possibilities and the remaining of an analogic lifestyle, in this moment we said goodbye forever to the old ways,” said Catalin Florea, Head of Product, Initiative. For the first time in its history, the Media Fact Book 2020 was launched exclusively from outside the office, from over 30 households.

Digital gets boost during COVID-19 pandemic