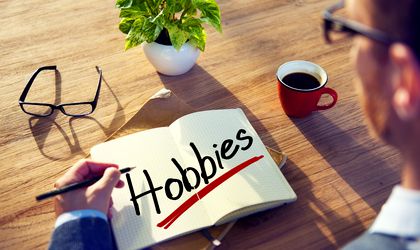 With lockdown measures still in place across Europe, we have all been turning to other activities to keep ourselves busy. This includes getting creative with hobbies such as painting, pottery, knitting and sewing. Interested in discovering which creative hobbies are the most popular within Europe, experts at Homedit.com used Google Ads’ keyword planner to discover which European city is the most creative.

Unfortunately, Bucharest ranks third from the bottom, with only 5,930 average monthly searches for all creative hobbies. While it’s true that most outdoor hobbies have been cancelled by the pandemic, there are still many other activities to enjoy on your own, from the comfort of your home, or even in groups, thanks to several online platforms. For example, the study shows that London is the most creative city in Europe, with a staggering average of 87,070 searches a month for creative hobbies. The most searched for hobby in both London and Bucharest is painting. If this made you think and decided to take up a new creative hobby, here are some suggestions:

More data from the Homedit.com survey:

The Most Creative Cities in Europe

London is the most creative city in Europe, with a staggering average of 87,070 searches a month for creative hobbies. The most searched for hobby is painting, with an average of 22,000 monthly searches – the highest search amount for any individual hobby.

In second place is Moscow, with an average of 58,190 monthly creative hobby searches. Unlike London, the most searched for hobby, with 12,200 average searches per month is singing. Although painting and origami are not far behind with 8,100 searches respectively.

Spain’s capital city Madrid places third with a monthly average of 33,150 searches for all creative hobbies. Madrid’s most searched for hobby is also painting with a staggering 8,100 searches last month alone!

The Least Creative Cities in Europe

Bucharest (Romania) is third from the bottom with 5,930 average monthly searches for all creative hobbies, a whopping 81,140 less than the top European contender, London. Although like London, the most searched for hobby is painting.

Brussels ranks 19th, with an average of just 3,340 monthly searches. The top searched hobby in Brussels, which ranks second overall (50,300 searches across all cities), is origami with 960 searches.

In last place is Serbia’s capital Belgrade with a mere 149 monthly searches for all creative hobbies. It’s no surprise as the top searched for item sewing (50 monthly average searches) ranks at number nine overall.

Beating all other creative hobbies is painting! It seems that picking up a paint brush is the clear favourite with 57,590 searches made throughout Europe last month – it was the top searched hobby in four different cities (London, Madrid, Amsterdam and Bucharest).

The art of paper folding origami landed in second. This is no surprise as last month 50,300 searches were made across all 20 cities and it is the most searched for hobby in six different cities.

In third place is photography, with 39,629, average monthly searches being made. The hobby is the most searched for in three different cities, Athens, Budapest and Berlin.