Lady Gaga to perform in Bucharest this August 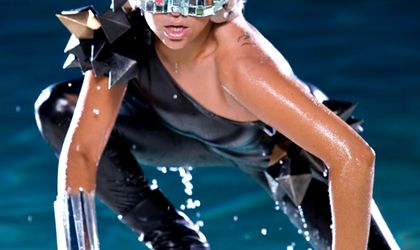 The rumors that Lady Gaga will perform in Bucharest have been confirmed as the pop star’s website has listed the date for her concert in Bucharest for August 16. The concert will take place on the Arena Nationala stadium.

Lady Gaga came to prominence following the release of her debut studio album The Fame (2008), which included the hits “Just Dance,” “Poker Face,” “Bad Romance” and sold over 15 million copies worldwide. The album earned her six Grammy nominations and two wins as well as a slew of other awards recognition, including a record setting thirteen MTV Video Music Award nominations. Gaga is the first artist in history to claim four number 1 hits from a debut album (“Just Dance,” “Poker Face,” “LoveGame” and “Paparazzi”).
She is also the only artist in the digital era to top the 5 million sales mark with her first two hits. Gaga broke the record when her single “Poker Face” reached 5 million in sales after her debut single “Just Dance” accomplished the same feat the year before. Billboard named her both the “2010 Artist of the Year” and the top selling artist of 2010 ranking her as the 73rd Artist of the 2000s decade.