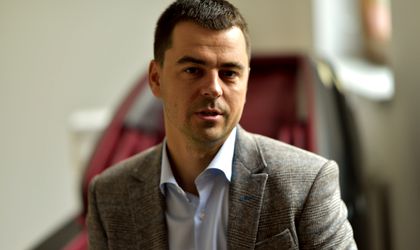 Komoder, the market leader in massage chairs distributor in Romania, announces that during this period the company’s sales have moved completely online. The physical stores are closed throughout the country, so the sales team assists customers exclusively by phone or email.

The company sells high-end massage chairs, from producers like Panasonic, Humantouch and Inada. It is the authorised distributor of Inada chairs, that have infrared scanning and 3D massages.

“We decided for both the safety of our employees and that of our customers, to continue the online activity, so we now average 6 to 7 orders per day in Romania only. If before the pandemic 50 percent of the orders were assisted in the physical showrooms, now the sale ends only online or over the phone. Sales colleagues continue to carry out consultancy through distance communication channels. For the period we are in, this was the best way to stay with our customers and to continue to offer them the products they need, “said Adrian Rus, founder of Komoder.

The monthly traffic on the komoder.ro site continued to be at 14,000 visits, both before and after the crisis. However, the average price of a Komoder product decreased, as a result of a discount and loyalty program that the company carried out during this period, for the entire range of products, respectively armchairs and massage devices.

During this period, half of the Komoder team continues to work from home, respectively the sales team. The employees in the delivery or distribution departments, who continue to do field work, have been adequately equipped and have all the necessary tools during the crisis period to protect themselves: gloves, masks, disinfectants. 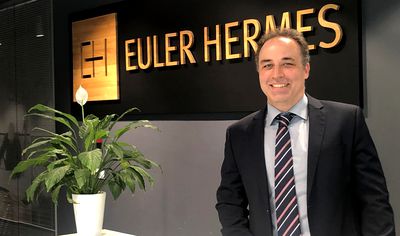 “This crisis will generate changes in the consumer market. The consumer will be much more attentive to the products and the supplier, and in the short term he will try to negotiate as much as possible the purchase price, a normal effect for such a period. Equally, I think people will put more emphasis on their health, their family, and I think our priorities will change,” added Adrian Rus.

Komoder recently opened a showroom in Rotterdam, after an investment of EUR 20,000. The showroom was not closed due to the pandemic and in less than a month of activity it is already showing good results in terms of sales.

”We are currently expanding to Spain. Also, we intend to expand to France this year. We would like to expand our business in the offline environment by opening new showrooms and shops, both in the country and abroad,” said Rus.

Komoder’s customers are coming from two categories. ”First, we can identify people over the age of 30, who spend a lot of time in the office or lead a sedentary life and have an average income. At the same time, we have clients who choose such a massage chair because their doctor recommended one, so that they can strengthen their paravertebral muscles. We have a special range of Japanese products capable of meeting such needs,” said Rus.

In 2019, Komoder registered an increase in the volume of sales by 60 percent more than the previous year, reaching a turnover of almost RON 16 million, an increase due, first of all, to the investments made throughout the year.

Established in 2011 by entrepreneur Adrian Rus, Komoder is the company that opened in Romania the industry of massage chairs and armchairs. The products included in the Komoder portfolio are one of the top performing massage chairs and chairs in the world.

Komoder currently has four showrooms in the country, in Bucharest, Cluj-Napoca, Timișoara and Iași, and three showrooms abroad, in Barcelona (Spain), Sofia (Bulgaria) and Rotterdam (Netherlands). The company sells armchairs and massage equipment worldwide and has partners in Italy, Spain, the Netherlands and Bulgaria.

Colliers: Most of the companies continue to hire people and expect to get...