Interview. What are the plans of Orbis Group in Romania this year 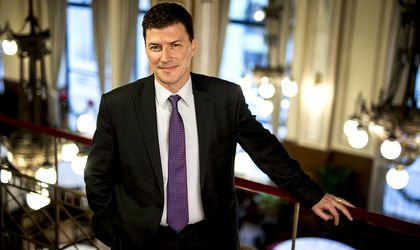 Orbis Hotel Group, the largest network of hotels in Eastern Europe, is looking to expand its presence in Romania and become market leader, the group’s president and CEO, Gilles Clavie, told BR in an interview.

“Today, we have seven hotels in total in our network in Romania and, as for the Orbis goal – we are already the leader in the region and we want to be the leader of each country where we are. This is the case in most of the countries, but not for Romania yet. When you know that the leader has about 11-13 hotels, we are not so far from this,” says Clavie, suggesting that Orbis could become market leader in two years.

The group, which registered an 8.6 percent increase in its revenues to EUR 237.2 million in the first nine months of 2016 versus the same period of last year, plans to open a Mercure Hotel in Brasov and an Ibis Styles unit in Arad this year. In 2019, it aims to open an Ibis Styles Hotel in Bucharest.

Asked about the group’s development plans in Romania, Clavie mentioned several cities, aside from Bucharest.

“The key cities where we could think about investments are Sibiu, Constanta, Timisoara, and furthermore – aside from financing topics – we should have hotels in the near future in Ploiesti, Pitesti, Oradea, Craiova, Cluj-Napoca and Iasi. Those are the locations where we should have a network. The first cities I mentioned are more in terms of subsidiaries, and all the rest through management or franchise. You can also add Brasov and Arad,” says the executive.

Orbis is seeing an increase of demand in Romania from the business and leisure segments, as the country is becoming more visible abroad and the transportation network is improving.

“There’s no doubt that the leisure clients (base – e.n) is growing very fast. From my point of view, it’s the reason why we have such an improvement in the topline activity for Romania,” says Clavie. The executive adds that Poland and Romania were the countries that registered the biggest gains in terms of occupancy rates.

He suggests that this might also be linked to geopolitical issues in many countries in Europe, Africa and the Middle East. For these reasons, Romanians are choosing to remain in the country, for the weekend for example, and other people from the region are keen to travel to Romania as well, according to the head of Orbis Group.

Asked about the UK’s vote to leave the European Union, Clavie says the effect on the group’s operations has been insignificant so far. “We can’t say that Brexit has had an impact on our business today and the FX impact for the hospitality industry is limited.”

Listening to the voice of the millennials

With the group’s business growing, Poland-based Orbis is constantly looking for new people to fuel the expansion of its operations, but in some countries in Central and Eastern Europe (CEE) there are issues.

“We have difficulties hiring people, we lack people to face the demand that we have, and which in some places has exerted a kind of pressure on payroll, pressure on costs. Budapest, Prague and Warsaw are really facing that issue (lack of staff – e.n.), more so than we can see here in Bucharest yet, but the trend is the same. We have been able to develop some alternative solutions, we’ve been able to change the strategy of our topline a bit as well, and it helps us to protect the margin,” explains Clavie.

Meanwhile, the group wants more people in the decision-making process, and has rolled out a special committee that includes millennials.

Clavie says this move is useful because he can get more opinions before making decisions.

“They have already been able to implement a few things, from the simple to the more complex. It can be from the design of the hotel. This is the case with the Mercure Hotel in Cracow we opened last month (October – e.n.) – they arrived and raised the issue that our design was not maybe in line with our socializing target so they totally refreshed the lobby and we opened with a lobby they designed,” says the executive.

Orbis launched the millennial board last year after Accor, Europe’s largest hotel group, which is its main shareholder, set up a board comprising young people to contribute to the group’s strategy.

7 – The number of hotels controlled by Orbis Group in Romania