Government postpones deadline for the single fiscal declaration to July 31 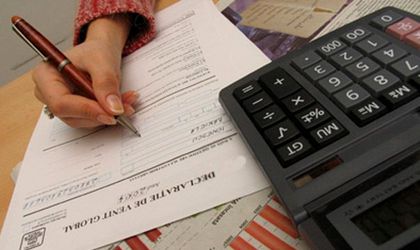 The government adopted, today, an emergency ordinance to extend until July 31 the deadline for the taxpayers to file the single declaration.

“The deadline was extended until July 31 for the submission of the single declaration, which was initially July 16. In other words, all those changes made by the Government this year remain in force but with the term is extended,” said Tudor Barbu, the government spokesman.

Taxpayers can file a single statement of social contributions and income tax payable by individuals by July 31. The statement can also be submitted online.

The ANAF and Virtual Private Space (SPV) site didn’t work accurate today, probably because of the large number of people who are trying to submit the single declaration.

Only this year, the declaration can be passed to ANAF on paper, at the counter or by mail, but from the year the deposit will be exclusively online.

The persons who receive income from Romania and abroad as a result of self-employment, free occupations, disposal of the use of goods (rental contracts), income from agricultural activities, investment income, gambling income for which individuals have declaratory obligations as well as other income are required to complete and submit the declaration for the revenues realized in 2017, as well as for the estimated revenues to be made in 2018.