Foreign Investors Summit article round-up: What did we learn? 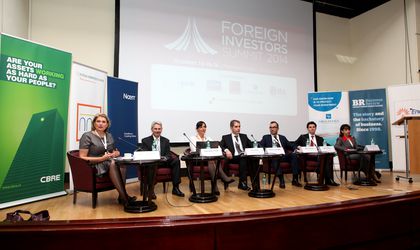 The growth of the local economy this year will “barely exceed” 1.5 percent of GDP, after gaining 3.6 percent of GDP last year, while the inflation will amount to 2 percent in December, said Lucian Croitoru, counselor of the governor of the National Bank of Romania (BNR) during the first day.

Foreign investors fear the government may have to increase the taxation burden for fair companies, to compensate the gap in revenues due to tax evasion, said Mihai Bogza, president of the Foreign Investors Council (FIC), during the first day. 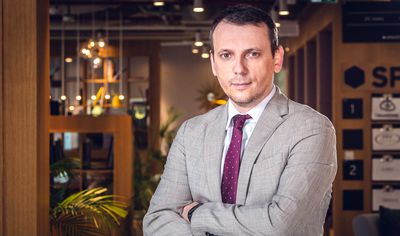 Romania will be among the first countries in the EU to have its rural development program for the period 2014-2020 approved by the European Commission (EC) and to launch call for projects, said George Turtoi, secretary of state at the Ministry of Agriculture and Rural Development (MADR).

Celestica aims to expand in Romania

Canada-based electronics manufacturer Celestica, which operates a manufacturing plant in Oradea, western Romania, is looking to increase its portfolio by expanding into the solar energy sector and the automotive industry, said Cristian Gulicska, general manager of the company, during the second day.

There are around 200 km of motorways under construction at this moment, out of which 55-56 km could be finished by the end of this year, said Renata Bendeac, deputy general manager of road infrastructure at the road and motorway administration company CNADNR, during the second day.

Romanian real estate to cash in on regional geopolitical turmoil

The situation in Russia and Ukraine has made Romania a more attractive destination for investors than before, discussed real estate pundits during the third day.

Four Romanian cities, apart from Bucharest, emerge as first points of access for IT companies

While Bucharest is and will remain the main center of access for IT companies, over the past two years, four other locations have gained importance in the eyes of IT companies.

Romanian IT clusters will reunite in November in Brasov

“Five weeks ago, we organized in Cluj the first meeting of IT clusters in Romania. The participants were clusters from Cluj, Iasi, Timisoara, Brasov, and yes, you heard it right, Miercurea-Ciuc.  The next meeting will take place at the start of November in Brasov and will focus on IT human resources,” said Alexandru Tulai (in picture), president of the Cluj IT Cluster, on the third day.

”It takes ten years for such a legislation measure to take effect. If the tax exemption for IT employees were eliminated right now, it would be a disaster,” said Monica-Ene Pietrosanu (in picture), country manager, Intel Romania Software Development Center, during a debate on the measures taken to encourage the industry.