The European Commissioner for Regional Development, Social Democrat Corina Cretu, disagreed with with EU Funds minister Rovana Plumb on the cost of the feasibility studies for the three planned regional hospitals. While Rovana Plumb said that the study would cost EUR 120 million, Corina Cretu says the real number is only EUR 1.8 million.

The minister had previously stated that the technical documentation for regional hospitals costs EUR 120 million, so it will be necessary to re-invest the investments, given that the European Commission provides just EUR 150 million for the three objectives. The hospitals are to be built in Cluj-Napoca, Iasi and Craiova using European funds.

“These three regional hospitals will be finalized by phased European funds. The first funding stage will be for the technical documentation, which amounts to EUR 120 million according to the data provided by the European Investment Bank and in the second stage, up to the average amount EUR 450 million will go on construction and endowment, EUR 450 million per hospital, and this came out of the studies that the European Investment Bank presented to the Health Ministry, so we will go step by step. The fact is that funding can also be provided through a public-private partnership,” said Rovana Plumb.

EU Commissioner Corina Cretu, however, contradicted Rovana Plumb in a Facebook post, claiming that the feasibility studies would only cost 1.8 million euros. 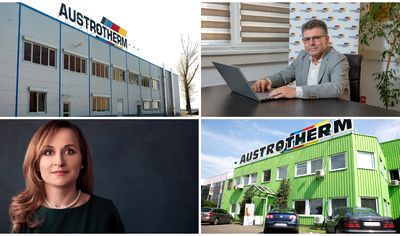 “According to the information received from the European Investment Bank (EIB) on funding the feasibility study for the three regional hospitals, the value of this study is EUR 1.8 million. I recall that during the preparation of the 2014-2020 funding period, the Ministry of Regional Development proposed to the European Commission the financing of the construction of three regional hospitals under the Regional Operational Program. In this respect, Romania then proposed the use of EUR 300 million: EUR 150 million from EU funding and 150 million from national funds,” says Corina Cretu.

The Commissioner also said: “If national authorities do not want to use EU funds for these hospitals, the Operational Program needs to be amended again and the EUR 150 million allocated for different purposes. In this case too, national authorities need to make a request.”