EU banking reform: Taxpayers will no long pay for bailouts 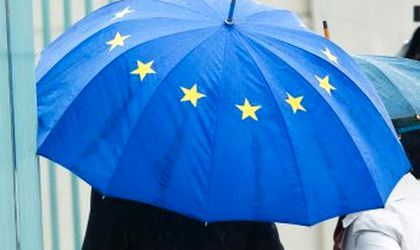 Three measures to ensure that banks shoulder the risks of failure rather than relying on taxpayers to bail them out were approved by Parliament on Tuesday, according to the European Parliament’s press service.

Two deal with restructuring and winding down troubled banks, and the third ensures that banks, not taxpayers, guarantee deposits under EUR 100,000 in the event of a run on a bank.

These measures complement the single bank supervision system, already in place, and take the EU far down the road towards banking union.

Parliament won substantial concessions from finance ministers, especially on the rules establishing the bank single resolution mechanism and its related EUR 55 billion bank-financed fund, steered through Parliament by Elisa Ferreira (S&D, PT). These greatly reduce the scope for power-play politics that could otherwise block action against banks, and ensured that the fund can be established faster and used more fairly.

In the bank recovery and resolution directive, work on which was led by Gunnar Hökmark (EPP, SE), MEPs made any potential use of public money subject to very strict processes. 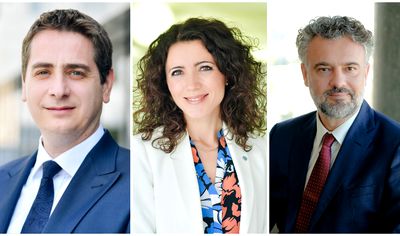 Read more about
Deloitte study: the COVID-19 crisis will accelerate the CEE banking sector consolidation; Romania had one of the largest number of banking transactions in the region
read more

The updated deposit guarantee rules steered through Parliament by Peter Simon (S&D, DE), will ensure that depositors get their money back much faster if a bank fails. It also requires banks to fill guarantee schemes with real cash, rather than mere commitments.

Banks must take losses and pay for fire-fighting funds

During the economic crisis, many banks’ losses were transferred onto the taxpayer, leaving the value of the banks themselves virtually intact. “Bail-in”, enshrined in the two laws on bank crisis resolution, by contrast means that bank owners (shareholders) and creditors (primarily bondholders) will be first in line to absorb losses the bank could incur, before outside sources of finance may be called upon.

The two laws on bank resolution will also require banks to finance reserve funds to cover further losses after bail-in has been used. Countries in the banking union (all the Eurozone and possibly opt-ins) will share a bank-financed €55 billion single resolution fund, to be established gradually over 8 years. Those outside banking union will be required to set up their own bank-financed fund amounting to 1% of covered deposits within 10 years.

The update to the deposit guarantee scheme will oblige EU countries to set up their own bank-financed schemes to reimburse guaranteed deposits (up to EUR 100,000) when a struggling bank is not able to do so itself. This will ensure that taxpayers would not have to bear the costs of guaranteeing such deposits.

MEPs also ensured that depositors will get their money faster. The total amount of their guaranteed deposit would be available within 7 working days, and a subsistence amount (decided country by country) within 5 days. MEPs also inserted clauses which include “temporary large balances” in the guarantee. If a deposit account temporarily has more than €100,000 in it, e.g. due to the sale of a house, all or a part of this higher amount is protected for at least 3 months.