Electricity consumption and production near record high in Romania, due to bad weather; coal and wind power surge 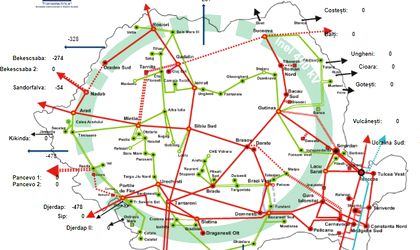 At 11.23 AM, national electricity consumption reached 9.524 MW and national production climbed to 10.992 MW. Romania is an important exporter of electricity to its neighbors, due to its large power generation capacity.

Coal electric power, the most expensive source to produce electricity in Romania, surged in the last couple of days, reaching almost 3.000 MW tuesday.