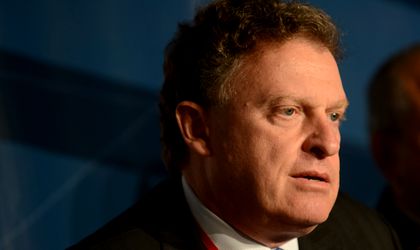 Louis Borgo, senior banker, power and energy, at the European Bank for Reconstruction and Development (EBRD), says the lender is not really looking at any projects in Romania at the moment, adding that the “big rush” in the renewable sector is over.

The EBRD has an exposure of over EUR 360 million in the local renewable sector, mainly wind, according to financing deals announced since 2010.

Borgo said that there would be more room for renewable as electricity demand in Romania will grow in the coming years.

“I think we are in a pause and in the future we will see both a change in demand and in government policies. We can see renewables coming back but for the moment the market is not doing anything,” said Borgo. “We are always open to looking at it but the investor has to bring something to use that makes sense for them and for us, and in the current climate it is very challenging.” 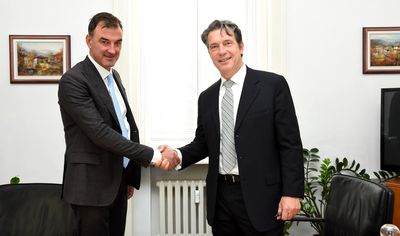 Investors have expressed their anger at the government’s move to change the incentives scheme, and some smaller projects are at serious risk of going into insolvency, warned commentators.

The renewable sector has attracted around EUR 6 billion of investments in the past four-five years, and investors are not sure whether they will recover their money. Some are planning to sue the government over its decision to defer the issuance of some green certificates last summer. The certificates generate the bulk of revenues for renewable producers, and the price of electricity has been dragged down by the incentives scheme.

This has primarily hurt large state-owned generators such as Nuclearelectrica. Daniela Lulache, the nuclear producer’s general manager, told BR in an interview earlier this month that the surge in renewable capacities had led to “mutations” in the market as renewable producers can sell electricity at very low prices.

In response to BR’s question whether the wind projects financed by the EBRD were having difficulties repaying their loans due to the change in the incentives system, Borgo said, “It is challenging at the moment.”

In the conventional sector, the banker suggested that large energy projects such as the two nuclear reactors at Cernavoda and the pumped-storage hydroelectricity plant at Tarnita-Lapustesti could be built through a public-private scheme as the risk for investors is high.

“Tarnita, for instance, would be very interesting for the EBRD to look at. The feasibility study I think was done many years ago, World Bank led, and now it is completely out of date. We do not know if it is relevant anymore, so a new feasibility study is needed,” said Borgo.

“The EBRD cannot do nuclear. There was a lot of instability in nuclear projects with the government, which has changed its mind over the years, and a lot of the investors have left. You have to be consistent in what you are trying to do in order to keep the investors interested,” he added.

The EBRD banker said that more private sector investments are needed in the generation sector, but also in the distribution field. He added that the initial public offerings in state companies help in this regard.

Aquila and EBRD have agreed on the terms of a financing package of...

Agreement signed for European Bank for Reconstruction and Development to become shareholder of...