CITR Study | What can we expect during the next 6 months of pandemic: The companies (of impact) who are experiencing difficulties have some options to limit the crisis effects on their business 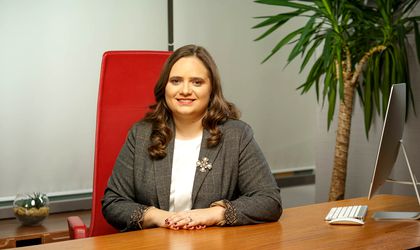 After 6 months since the pandemic started, the business environment crossed a period of precautious optimism, a 10% drop of insolvencies was recorded compared to the same period of last year, while the NPLs level was at the historical minimum of 4.3%. At the same time, starting from March 2020, there were payment deferred taxes of 14 billion worth, which stands for 1.3% of GDP, while the actual effects of the pandemic over the economy will be visible maybe only during the next 6 months.

Romania has almost 30,000 impact companies, each with committed assets of over EUR 1 million.  A stress test conducted by CITR, the leader of insolvency market, with 20 years of experience in the field, shows that the percentage of impact companies in difficulty would increase from 51% (at the beginning of 2019) to 70% in case of a financial crisis. This means 21,000 companies which may face difficulties during the next period.

On the other side, the latest CITR analysis, part of Impetum Group, achieved on a sample of 150 impact companies of portfolio, shows that 57% of businesses in insolvency postponed, on average, for 3 years to make a decision to access a restructuring measure which could save them. The postponement led to a 50% drop of the turnover, the 30% rise of debts and the loss of over 3,000 jobs.

“Preserving this behavior of postponing the decision making in the context of the increase of the number impact companies number which will be in difficulty on considering the worsening of economic background will have unprecedented consequences over the Romanian business environment. If we were to extrapolate out analyses, the result is that out of the 21,000 impact companies which might be confronted with difficulties – if 57% of them instead of postponing to make a decision – would step out of this postponement pattern and would access one of the options existing on the market, the results would be impressive. During a three-years period, we could talk about almost 400,000 saved jobs, of avoiding debts increase by EUR 20 billion and of EUR 40 billion turnover preserved in economy.

No matter how optimistic or pessimistic we would be looking at the future of the Romanian business environment, it is wise to have plans of action adapted to all scenarios of economic recovery, and the best moment to take action is right now”, declared Andra Olar-Caragea, CITR CEO.

Even in case of companies which postponed by only 1 year, respectively 24% of the analyzed companies, the effects on the economy are alarming: a 5% drop of turnover is registered, a debt increase by 8-10% and the loss of 500 jobs. In this case, the liquidity rate went down by 25%, while the losses of operating profit went up to 5% of turnover. However, the companies which do not postpone for more than one year to make a decision, have the option to apply prevention measures or a reorganization plan, which would increase their chances to recover their whole business. 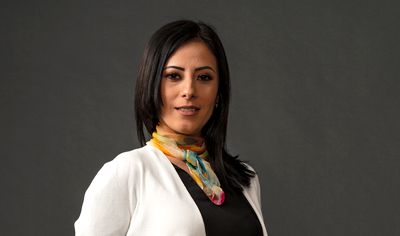 ”In 20 years of experience, CITR acquired expertise in all types of options the companies in difficulty have available in Romania. Both the urgent protection measures, addressed to insolvable companies, which had difficulties even before the start of the pandemic, as well as the preventive protection measures, addressed to the companies in temporary difficulty, could be saving solutions. Either we talk about the ad literam saving of a company or about saving some values of the company, it is important that the entrepreneurs do not postpone the access of such options and benefit them the closest possible to the moment they are facing difficulties” a declared Andra Olar-Caragea, CITR CEO.

CITR is the leader of insolvency market in Romania even since 2008. With a 20 years’ experience on insolvency market and almost 1000 projects managed along the years, CITR is annually managing a patrimony of EUR 1 billion and is annually distributing over EUR 100 million to the creditors in its mission to save the value of the Romanian companies.

Starting this year, CITR is a company of Impetum Group, the first Romanian group dedicated to the mission to maximize the business value in any stage of the life of a company, in view of contributing to the qualitative improvement, to the strengthening of national economic environment and to the creation of a prosperous future for Romania. https://www.citr.ro/