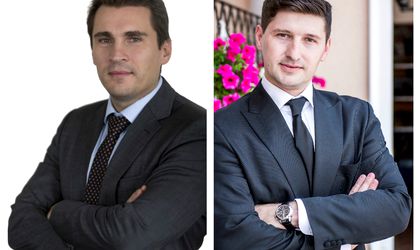 Adrian Lotrean has over nine years’ experience in the management of insolvency proceedings and restructuring of business administration and held several positions such as senior jurist, team manager of Bucharest and Muntenia regional manager in Moldova. Since 2014, his responsibility is to coordinate the company’s elite team, a team that manages some of the most complex projects.

Alexandru Tanase has 12 years of experience in corporate banking, insolvency proceedings and restructuring management. From 2014 to 2016, he was team manager of CITR Brasov and starting this year he is in charge of coordinating the Transylvania region subsidiaries in Brasov, Cluj and Bihor.