BR EXCLUSIVE. Impact to start construction of a 660-apartment project in Constanta this year 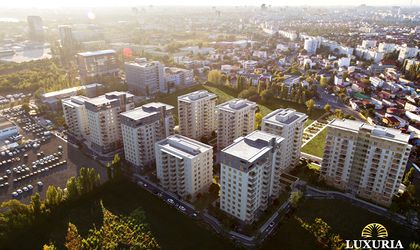 Real estate developer Impact has two Greenfield residential projects in development – Ansamblul Platanilor with 192 apartments and Luxuria Domenii with 630 apartments. The developer will also start a 660-apartment project in Constanta on an 8-hectare land plot.

“This year, we will complete Ansamblul Platanilor, the third phase of Greenfield’s development, by delivering the last stock of apartments, with a total of 192 units. Work on this new area of the district began in 2016 and totals 39 blocks with over 900 apartments on an area of 10 hectares,” Bogdan Oslobeanu, Impact CEO, told Business Review.

The total area of the Greenfield neighborhood, whose completion is scheduled for 2025, is 60 hectares. The two development phases so far have reached 17 ha. After this year’s completion of the third phase, the development will continue on a further 33 hectares.

Greenfield will have a shopping and relaxation area which will include Greenfield Plaza, with an area of 10,400 sqm, with shops, a gym and restaurants.

“This community, the largest in District 1 of the Capital, will become a “small town” located in the heart of the Baneasa Forest, which gives a much better quality of life,” continues Oslobeanu.

As for the Luxuria development, the project is premium one.

“It’s the first project we’ve developed for this type of audience. At the end of last year, we were very pleased to find that our projections were correct: nearly 50 percent of the first phase apartments were already contracted by both investors and end-users,” Oslobeanu stated.

The Luxuria residential project is located in the vicinity of the future office floor of the Expozitiei Boulevard, where 17,000 employees will be relocated from large companies, so it has a solid base of potential costumers.

“The success so far in pre-sales to investors is based on strong prospects for price hikes for housing in terms of the exceptional pace of development of this area over the next few years, as well as the prospects of obtaining very good rental rates. Depending on the time of purchase, return rates for rent exceed 7 percent even from the end of the project, with solid growth prospects in 3-5 years as the area develops,” Impact’s CEO explains.

The Constanta and Barbu Vacarescu projects

According to Oslobeanu, starting work for the Constanta project is a priority this year. The land for the project has an area of almost 8 hectares and easy access to the motorway and the Mamaia resort, and the residential complex they have designed comprises 660 dwellings.

“The Barbu Vacarescu ensemble will be premium, but with a different concept than Luxuria, although the quality standard is the same. The estimated market value of this project is EUR 164.8 million and covers an area of 96,330 square meters, including 900 apartments, 1,200 parking spaces, as well as commercial spaces and an aparthotel component that we have in mind and for the last phase of the Luxuria project,” Oslobeanu said.

The land on which the project will be deployed is already in the company’s portfolio, but there are some procedural issues to be clarified before work is scheduled for 2020.

Regarding the Ghencea area, Impact has a 138,020 sqm land portfolio where it wants a similar development to Greenfield Baneasa: a neighborhood for families.

“However, at this moment we believe that the level of infrastructure in the area does not allow us to achieve these goals and the coverage of this deficit exclusively through the investment effort of our company is not financially feasible. We hope that in the coming years, the efforts of local authorities will also focus on infrastructure development in this area, which would allow us to reassess the opportunity to start the project,” says Bogdan Oslobeanu.

In the medium and long term, the company wants to acquire land especially in the northern area of Bucharest. Impact is looking for premium locations that can support high-volume developments and have good location, visibility, and price.

Impact is also seeking opportunities in the big cities in the country, which have seen a spectacular development over the last few years: Timisoara, Cluj, Brasov, Sibiu, Iasi.

Oslobeanu says that “an important goal is portfolio diversification in the coming period, which is why the company will focus on office and hotel areas as well. In fact, Impact already developed its first office building, Construdava, 15 years ago, which was bought in 2017 by AdamAmerica from the previous owner, Aberdeen Asset Management.

The residential market in 2019

“I believe that the residential market will be dynamic this year and I will explain why. First of all, if we look at the real estate market as a whole, we find that the projects started on the other real estate segments are somewhat of a far-reaching nature. Thus, it is estimated that this year office buildings with a total area of 450,000 sqm would be delivered, which would be a first for Romania in one year, and a 60 percent increase over last year. Industrial spaces are also at a similar level. Both aspects are signs of economic growth that is also reflected in the need for housing in most major cities. In Bucharest, for example, it is estimated that around 5,000 homes will be delivered in 2019 and there are about 20 residential projects in progress. Secondly, looking at the evolution of buyers’ attitude, I estimate that in 2019 they will have the full residential projects that are able to bring together all elements of a comfortable and modern lifestyle: safety, design, technology, but also community, healthy lifestyles, easy access to points of interest in the city. Thirdly, analyzing the market in the region, we see that Romania had one of the best yields in the region last year over Poland, Slovenia or Hungary,” concludes Oslobeanu.

Six types of foreign investments that continued in Romania despite pandemic