Banks will return to pre-COVID performance levels within three to five years, according to a Kearney analysis 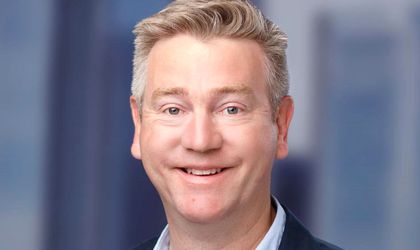 Analysis from global consultancy partnership Kearney has found that the performance of retail banks is likely to return to pre-pandemic levels within three to five years, although profitability will remain under pressure in the next two years.

Now in its 12th year, Kearney’s European Retail Banking Radar is an annual analysis of the pan-European retail banking market, tracking 89 retail banks in 22 European markets, comprised of 51 banks in Western Europe and 38 banks in Eastern Europe. This year’s installment looks at how retail banks have fared against the disruptions caused by COVID-19 and looks forward to how the sector’s recovery may be shaped.

Further, 19 of the 22 countries analyzed reported an income decrease compared to 2019 levels, with UK banks reporting the highest decline of 10%, and Romanian banks a decline of 4,5%. A specific trend for Romanian banks is the decrease of the income base from fees and commissions, reaching 29% of the total pool income, decreasing by 1.5 pp compared to the previous year. The trend suggests the convergence of Romania and the developed markets in Europe, where interest income is dominant. Also, the Romanian banking system faces a disruption stemming from increased competition from ​​fintech and neobanks which operate in an optimized environment, without the pressure of the traditional banking environment.

The past five years have also seen banks take action to reduce operational costs. On average, headcount has been reduced by 9% and branch networks by 19%. The top 20% of European banks have reduced their employees by 16%, branches by 26%, and have seen their cost-income ratio improve from 65% to 60%. That said, the bottom 20% of banks have seen their cost-income ratio increase to 68% from 53% – a significant underperformance.

Operational efficiency of Romanian banks did not change significantly, generating a cost-income ratio 0.3 pp higher compared to 2019, reaching 60%. This is partly due to the decrease in revenue (-4.5%) and also because of a decrease in operating costs (-3.9%).

“There’s no doubt that the COVID-19 crisis has had a significant impact on retail banks, but the fallout has been less severe than last year’s prediction. This is largely due to the interventions that were put in place, with many lessons learned from the global financial crisis. We predict that European banks will return to pre-COVID performance within 3 to 5 years but increasing profitability will require cost reductions of €35-45 billion during this time.

The trajectory of European retail banking has certainly changed, but as we adapt to the ‘new-normal’, European economies will recover, and banks will have the opportunity to become the engine of the recovery. Unlike with the financial crisis, retail banks have regained clients’ trust by providing financial support through successive lockdowns. As such, we anticipate that the European banking sector will be in the position to drive recovery and emerge stronger and better in the wake of COVID-19.”