Amber posts a turnover of RON 50 million in the first six months of 2021, a 45% increase compared to the same period of last year 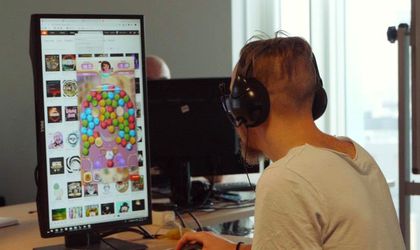 Amber Studio, the largest Romanian independent game development studio, posts a record turnover of 50 million lei in the first six months of 2021, a 45% increase compared to the same period of last year. For the full year 2021, the entrepreneurial company estimates a turnover of 117 million lei and considers further geographical expansion.

“First half of 2021 marked record turnover for Amber as we registered a 45% increase in revenues, in line with the CAGR we have reported over the past four years. As Amber overpassed 800 employees, our operations became more complex and mature, based on two continents. However, despite the size of the business, we maintain our flexibility and, above all, our reputation for developing solid titles for key global brands. This translates directly into our results as well as the good prospects that we have for this year – of reaching a record turnover of 117 million lei, the best results ever registered on the local market by an independent studio,” said Mihai Pohontu, Executive Chairman at Amber.

Out of 50 million lei in turnover generated in the first half of the year, 65% of revenues came from R&D activity – game development and the remaining 35% from development support services, including quality assurance, customer support, and localization. In line with the historical results, Amber’s entire turnover was brought by foreign entities, primarily US-based. The company partners with brands such as Disney, NBC Universal, Paradox Interactive, Rovio, That Game Company, Raw Fury, and more.

In the first half of 2021, Amber developers worked on the full production of five mobile, PC, and console games. One of the titles was Tetris Beat, published by N3TWORK and co-developed by Amber. The game, which launched exclusively on Apple Arcade in August 2021 and can also be played on Apple TV, hit global number one in terms of downloads in the first week after the launch. Another title developed by Amber will be launched later this year. 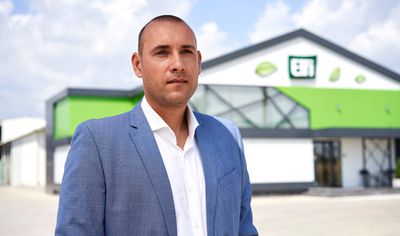 “Amber is an employee-owned company, and we believe that people who make Amber are the key driver behind our excellent results. We closed first half of 2021 with record results, and we find ourselves facing a new, exciting chapter in the Amber journey, ready to execute on multiple opportunities to further accelerate our growth. We are considering different scenarios, including potential cross-border M&As, partnerships with strategic investors and even listing on the local or international stock exchange. Our focus remains on long-term value creation for our teams, our shareholders and our clients,” added Jaime Giné, appointed in August 2021 as the new CEO of Amber.

For the full year 2021, Amber estimates a turnover of 117 million lei (28 million dollars), out of which the company has already secured an estimated 104 million lei (25 million dollars). To further accelerate the growth, Amber considers further foreign expansion, through M&A or organically. In the last two years, Amber has expanded both geographically and in terms of services offered through a robust M&A activity that targeted global studios, specializing in multiple game genres. In 2020, Amber acquired two new studios – Bucharest-based Scorpius Games and KaraOkulta, a game development company based in Guadalajara, Mexico. Today, Amber’s 800 employees work across two continents, from offices in Bucharest, Botosani, San Francisco, Los Angeles, Montreal and Guadalajara. In addition, Amber intends to hire an additional 100 game development professionals before the end of the year.

Promateris reports a 60% increase in turnover, reaching 17 million euros in the...