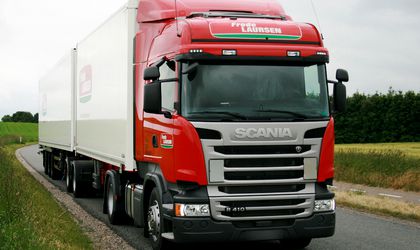 The board of the German Volkswagen AG is considering the possibility of listing the heavy truck and bus division, Traton, which would catapult the subsidiary valued at USD 37 billion among the most important firms included in the DAX 30 main index of the Frankfurt Stock Exchange, according to Bloomberg.

The Initial Public Offer (IPO) for MAN and Scania trucks brands would help VW to raise additional funds to compete better with market leaders, Daimler AG and Volvo AB, according to sources who wanted to remain anonymous.

VW management will discuss next week the possibility of listing the heavy truck division, an event that may take place early next year, depending on market conditions, the sources add. They appreciate that the banks that deal with the IPO are: Goldman Sachs Group Inc. and Bank of America Corp.

Andreas Renschler, the head of Volkswagen’s truck division, recently said he wanted to drive to “the next level,” through stock listing or bond issuance.

“Changing the legal status of the division in the SE (a public company registered under EU law) will help us avoid the waste of time once we have the shareholders’ decision,” Renschler explained.

The listing of the Volkswagen truck division is the next major deal in Germany since Siemens Healthineers AG recently gained EUR 4.2 billion euros in a major IPO.

Traton has failed to cut costs, and Renschler has tried to solve the problem by deepening internal co-operation and accelerating efforts to expand the division’s presence globally.

Land Leading Lower Saxony, VW’s second largest shareholder, voiced support for listing, and local Economy Minister Bernd Althusmann, who represents the land in the VW Supervisory Board, said he is “confident that the IPO will be a success”.

German newspaper Der Spiegel recently announced that Volkswagen wants to get up to EUR 7 billion from the truck division listing. The German group intends to sell up to 25 percent of the deal in the listing and to hold a majority stake.