UNIQA Asigurari premiums up 9 percent to EUR 13.4 million in the first semester 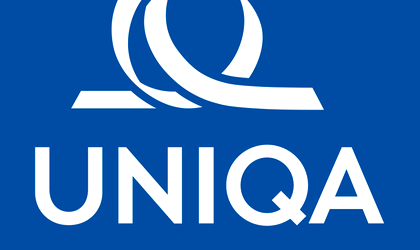 Under the strategy adopted, UNIQA Insurance and UNIQA Life Insurance continue the growth process on profitable business lines, with a focus on the sale of life and non-life insurance. The most important development in the first six months of this year was in the life insurance segment of UNIQA Life Insurance Company, which sold EUR 9.1 million in policies, 56 percent more than in the same last year. They also rose by 9 percent and gross premiums written on the non-motor segment, their value rising to EUR 13.4 million. However, despite the significant increases in the two segments, the gross premiums written by the two companies in the first half of this year reached a total value of EUR 44.3 million, down 13 percent over the same period of the year in the context of adopting a long-term development strategy aimed at reducing exposure to the motor segment.

“We continue to rise on the profitable business lines that we have been focusing on since 2014, when we have adopted a prudent policy on motor segment exposure, a decision made in the context in which, over the last few years, we have faced an inflow of damages, with a financial negative impact on the company. According to our business strategy, we are increasing in the classes of insurance that we have decided to focus on, namely non-motor insurance and life insurance. In this context, we recorded a decrease in sales on the motor segment over the same period last year, which led to a decrease in the company’s revenues by EUR 1.3 million. We are currently experiencing a fall in profits, but this is assumed temporarily, in the context of a portfolio diversification plan to increase the share of non-motor insurance,” said Franz Weiler, UNIQA Asigurari CEO.

“After the first six months of this year, UNIQA Asigurări has a solvency ratio of 160.55 percent and UNIQA Life Insurance has a solvency ratio of over 200 percent. This is an indicator of the financial strength and ability of the two companies to self-support from their own sources and to smoothly cover their medium and long-term financial obligations,” said Paul Cazacu, vice-president – deputy general manager – CFO UNIQA Asigurări.

“In this sense, we have cut administrative costs by about 15 percent over the same period last year, signaling that we are on the right track in terms of streamlining processes,” adds Paul Cazacu.

These corroborated measures will, according to the company’s representatives, lead to the achievement of the medium-term strategic objective, namely to become profitable.

“The long-term UNIQA strategy and the new business model have been designed to ensure the interest of all stakeholders in our company: customers, employees and shareholders. Continuing implementation of this strategy will still bring a lot of changes and challenges that require engagement and courage. I have full confidence in the UNIQA team in Romania, I count on their commitment and I am sure we will successfully achieve our ambitious plans,” concluded Franz Weiler, CEO of UNIQA Asigurari.