Bucharest Stock Exchange (BVB) opened today on slight increase, only 0.2 percent for the main indexes, while BET-Fi, the financial index, was down 0.3 percent. Today the new trade tariffs imposed by Trump administration came into place and are expected to disturb stock markets around the world.

At BVB were launch Transylvania Bank (BT) bonds, worth EUR 285 million. The bonds are denominated in euro and will be tradeable on the stock exchange. The bonds were sold through private investment to a number of Eligible Investors.

“We are witnessing two premiers of the same issuer for the Romanian capital market. First of all, it is the first issue of bonds by Banca Transilvania on the Bucharest Stock Exchange. The second premiere is that the bank’s bonds are the BSE’s premiums with variable interest rates in euro. In addition, Banca Transilvania has so far been the most traded issuer on the local market and is ranked among the top 3 largest companies by capitalization,” said Adrian Tanase, CEO of the BVB. 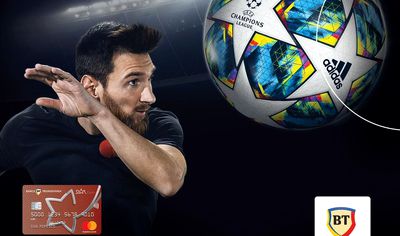 Banca Transilvania announced that on 26 June it has successfully closed a private bond of Level 2 bonds, denominated in EUR and bearing an interest equal to EURIBOR 6M + 3.75 percent per annum, maturing in 2028, with a total face value of 285 million euros.