The execution of the general consolidated budget during the first six months of 2018 ended with a deficit of  RON 14.97 billion, around 1.61 percent of GDP, doubled since the previous month, which threatens the government’s annual target of 3 percent.

The 12 percent growth in revenue was far exceeded by the 19 percent rise in spending, mostly for salaries, pensions and interest rates. The development further aggravates the state of public finances, after the previous execution at the end of May showed that the deficit continued to widen to 0.88 percent of GDP (RON 8 billion) three and a half times higher than in the similar period of the previous year.

According to data published by the Ministry of Public Finance, the revenues of the general consolidated budget in the first semester, amounting to RON 132.04 billion, representing 14.2 percent of GDP, were 12.6 percent higher, in nominal terms, compared to the same period of the previous year.

In the total amount reported for contributions, the ministry also included the amounts of the insurance contribution on the work being distributed. An effect of the transfer of contributions from employer to employee was the decrease in taxes on salaries and income, where the decrease was over RON 3.2 billion.

From the corporate tax, the state has collected RON 7.3 billion, which is no more than 0.8 percent of GDP, compared to 0.9 percent in the same period last year. June marked a better monthly VAT collection, when value added tax revenue increased by 15.6 percent compared to June 2017.

Thought to reduce the pension budget deficit, the transfer of contributions from employer to employee has affected salary and income tax revenues, which decreased by 21.5 percent in the first six months, to RON 11.67 billion, also as a result of the reduction of the income tax rate from 16 percent to 10 percent from January 2018.

Compared to the same period of the previous year, the state collected RON 3.2 billion less revenues, and the share of these revenues in GDP decreased from 1.8 percent to 1.3 percent. 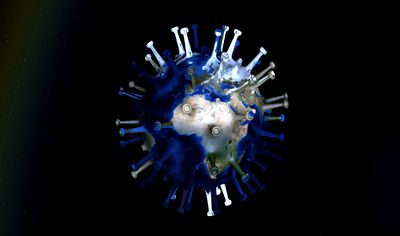 The amounts collected through payments from the European Union are RON 6.9 billion, 22.8 percent higher than those collected during the same period of 2017. Salary increases have raised staff costs by nearly a quarter.

The expenditures of the government have increased at a much higher rate than revenues, by 19 percent, to RON 147.01 billion. Almost two-thirds of spending went to wages and social assistance.

Significant increases were reported in local budgets, in the budget of the single national health insurance fund and in the budgets of public institutions funded from own revenues and budget subsidies. The subsidies also rose by 4.1 percent compared to the same period of the previous year, to RON 3.73 billion, maintaining the same level as percentage of the GDP, respectively 0.4 percent.