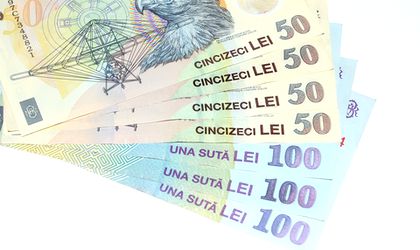 The Romanian currency depreciated last week, falling by around 0.6 percent versus Euro and close to 0.8 percent versus the US Dollar. The exchange rate of the national currency depends on the internal situation, but these days it is affected by the situation in EU and USA and by the evolution of the main currencies, according to an analysis made by the fin-tech company Ebury.

USD/RON was pushed upwards at the beginning of the week by Dollar strength, as investors fled from the Euro and risky assets due to worries about the political instability in Italy. A combination of the aforementioned factors resulted in USD/RON rising to its strongest position since early-July. A return in investor confidence halted the Greenback’s rally in the second half of the week, although those sold-off assets still remain at depressed levels. Most traded CEE currencies (PLN, HUF, CZK) were sold-off at the beginning of the previous week mostly due to the Dollar’s strength and worries over the situation in Italy. The currencies, however, rebounded close to the end of the week. Because RON is quite closely managed by the central bank and is not as liquid as its regional peers, the Leu suffered largely because of the internal factors. Increased liquidity in the money market related to lower interventions by the central bank made the currency more vulnerable. Rising political tensions around the pension funds system are also likely to have contributed to the fall in the currency.

The only important figure released in Romania last week was the unemployment number, which showed an increase in joblessness from 4.4% in March to 4.6% in April. This week we await the revised GDP number for the first quarter that will be released on Thursday.

When it comes to USD/RON, the global political situation should remain in focus this week. If the situation in Italy continues to calm down, it is likely that the Euro will find some support which would help to bring USD/RON lower. If the internal political situation doesn’t escalate, it seems less likely that we’ll see a significantly weaker Leu against the Euro at this point. Nonetheless, in case of the EUR/RON, we always need to keep in mind that a lot depends on the actions of Romania’s central bank.