The Ministry of Finance borrowed RON 411 million from banks at an average yield of 4.98 percent p.a. 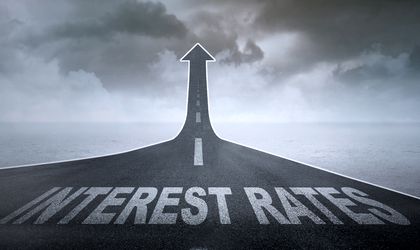 The Ministry of Public Finance (MFP) borrowed RON 411.7 million from banks on Monday, through a bond issue with a maturity of 125 months, at an average yield of 4.98 percent per annum, according to data submitted by the National Bank of Romania (BNR). The interest rate is among over 1.5 percentage points higher than the ones in the money market (inter-banking system) for periods of maximum one year (3.1 percent).

The nominal value of the month issue was RON 300 million and the banks subscribed RON 556.7 million.

On Tuesday, an additional auction is scheduled for the state to raise another RON 45 million for the yield set on Monday.

The Ministry of Finance planned in September 2018 loans from commercial banks of RON 3.935 billion, out of which RON 3.5 billion through state bonds auctions and treasury certificates, to which can be added the amount of RON 435 million through additional sessions of uncompetitive bids related to bond auctions.

The amounts will be used to refinance the public debt and finance the state budget deficit. Compared to August, the MFP programmed loans are higher by RON 1,105 billion.

Meanwhile, the banks are offering interest rates for term-deposit of under 2 percent per annum, with only a few offering over 2 percent.