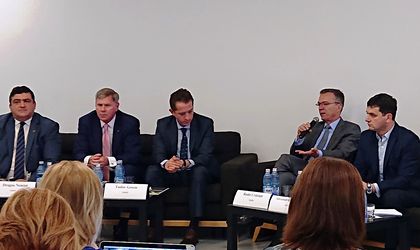 Suspending the contributions for the mandatory pension funds (Pillar II) will bring the disappearance of the funds’ liquidity that can be used for balancing the capital market.

“If in 2008-2009 the private pension system were in place, the crisis that affected the stock market would have been less severe because the funds would be there to cover the exit of the international investment funds,” says Radu Craciun, CEO at BCR Pensii.

The money that enters every month in the mandatory private pension funds are making the liquidity of the market. In the mutual funds, for example, even if they have a certain amount of liquidity kept for different purposes (paying the clients that decide to exit or tapping the opportunities that may appear) is not sustained by every month payments. “We are not speculative investors, we are long-term investors. And we are also regulated by law in terms of what we invest in,” explains Craciun.

All the explanations come after the information in the last days that the contributions for Pillar iI might be stopped in the second part of this year. The government officials declared that this will not be the case, saying that it is rather a ‘fake news’, but the Minister of Finance declared that there will be changes in the system and by the end of June the government will come public with a option plan between Pillar I (the state pension) and Pillar II.

Craciun also mentioned that the Hungary example is not applicable in Romania because Hungary needed to cut their public debt, or this is not the case in our country.

“But we can see the positive examples from Germany or France, from where we have a lot of tourists at the pension age,” says Craciun.

Another big difference between Pillar I and Pillar II is that the pension payments cease at the time of death, while Pillar II is a value that can be inherited by the next of kin. Coalition for the Development of Romania representatives showed that the value accumulated so far in the pension funds for Pillar II can’t be taken by the state. According to the Law no. 411/2004 the participant in the system is the owner of the assets gathered in his name so it is not a public fund. Even in the case of ceasing the payments for Pillar II the money accumulated so far (RON 35 billion contributions plus RON 7 billion yields) will still be managed by funds in the name of the participants until they will decide what to do with the assets.

There is a problem in this sector too, due to the fact that we still don’t have specific regulations on how the participants will receive their money (all at once, monthly etc.) “We hope that now after all the talks around Pillar II funds the regulators will find time for this law also,” says Craciun.

“It is a shame that after several years of good corporate governance helped by the fact that pension funds managers entered in the board of directors of many companies, the year and a half had brought back unpredictability and unsecurity,” says Dragos Neacsu, CEO at Erste Asset Management., who stated also that “trust is the most important element in the financial markets.”