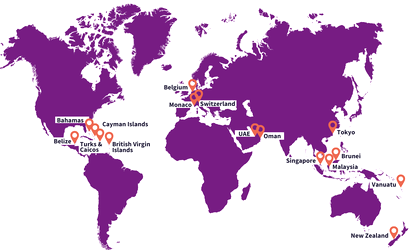 Forex trading can be done from anywhere with a stable internet connection – this is one of many reasons it appeals to people. This allows traders to travel and work from any country, however, due to regulations and different lifestyle factors, certain countries may be a better option for forex traders.

InvestinGoal wanted to find out which countries were best for forex traders, they look into countries that have no capital gains tax, and ranked them based on the following factors:

The below table highlights the order the countries were placed in – for more details on why each country is in a certain position, a detailed analysis of each can be found below. 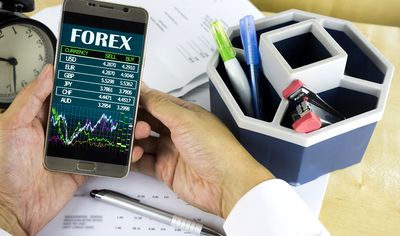 Read more about
How Can AvaPartner Help You Earn Money?
read more While many of these countries have a higher cost of living (although this may not be a concern for most professionals), certain countries in this list have a relatively low cost of living – making a great option for beginners.

Traders aren’t always tied to local regulations, for example, somebody living in the Bahamas doesn’t have to use a broker regulated by their local regulatory body unless a regulation states otherwise – it’s important to keep this in mind.

Taking the first position on this list as the BEST country for forex traders to relocate to is Switzerland!

This country has a low crime rate rating of 21.68 out of 100, with all areas being rated low or very low. The healthcare system is another positive, with a high rating of 74.02. Most importantly for traders, Switzerland’s broadband speed is very fast with an average speed of 222Mbps.

Although, Switzerland does have a pretty high cost of living – it costs around 3500 Swiss Franc ($3883) for a single person to live here, making it the fourth most expensive featured country.

As for forex trading here, Switzerland has strict local regulations which can protect traders. Trading in this country is regulated by the Swiss Financial Market Supervisory Authority (FINMA) – brokers must be authorised by FINMA to operate in Switzerland.

A major reason New Zealand is in the second position is due to its broadband speed! This country operates at an average of 264.16Mbps.

Forex trading here is regulated by the Financial Markets Authority (FMA) – regulations are put in place to protect traders and provide confidence. The FMA ensures that brokers follow any enforced strict guidelines. If regulations aren’t followed, the FMA can revoke and cancel licenses, induce fines, and give other penalties. One requirement for trading in New Zealand is that only FMA authorised brokers are allowed to be used – they are known for being safe and secure. The only ‘downside’ to trading in New Zealand is that negative balance protection isn’t mandatory.

New Zealand is in the middle position on this list for cost of living – it costs around 3696 New Zealand dollars (£2657) a month for a single person to live there.

The United Arab Emirates (UAE) surprisingly has a lower cost of living than some other countries featured – it costs around 9618 UAE Dirham ($2618) a month to live here. The crime rate is also low and UAE is the safest country out of the countries on this list, with a rating of just 15.21 out of 100 – residents feel safe walking alone during the day and night.

A downside to living in the UAE is that the traffic can be bad, with an average time of 36 minutes being spent in traffic.

Trading forex in UAE is great as there are high leverage options for professional traders and low leverage for others, which reduces the risk for non-professionals. The only real ‘negative’ is that spread betting is illegal – although this isn’t a negative in itself, people may still offer it which can cause issues for traders.

Hong Kong is the cheapest country to live in on this list – it costs around 4403 Hong Kong dollars ($566) a month for a single person to live there. The broadband speed is also quick here, operating at an average speed of 254.4Mbps. This country also has a low crime rate, with a rating of 22.08.

The main negative to living in Hong Kong is that it has the worst traffic out of all countries on this list, which is to be expected as it’s one of the most densely populated countries in the world. The average time spent in one way traffic is 43 minutes.

Forex trading is regulated by the Securities and Futures Commission in Hong Kong (SFC) – they have a great reputation and are one of the top regulators in the industry. The SFC offer low leverage options, reducing risks for traders. The only negative for forex trading in Hong Kong is that negative balance protection is not mandatory.

Forex trading in Belgium is regulated by the Financial Services and Markets Authority (FSMA), who are part of the European Securities and Markets Authority (ESMA). The ESMA set up any regulations and rules, and the local EU regulators must apply them. Other pros of trading here include the opportunity for high leverages for professional traders. A negative of trading here is that you have to be a professional trader to trade forex, also, standard EU customer protections aren’t mandatory for professional traders meaning some brokers will revoke negative balance protection from them.

Living in Belgium is on the lower end of this list, costing around €1571 ($1818) a month to live there. Belgium’s healthcare system is rated at an impressive 75.27 – putting it in second place of all the countries for healthcare. The work-life balance in Belgium also appears to be good, with a wide range of tourist and leisure attractions across the country.

The crime rate in Belgium is rated at 45.06, putting them in twelfth position for crime – the crime increasing in the past three years.

Oman is the third most affordable country on this list – it would cost around 591 Omani Riall ($1535) a month for a single person to live here. The crime rate is also low, making Oman the second safest country on the list with a crime rate rating of 20.13.

The healthcare system in Oman isn’t the best when compared to the other countries, with a moderate rating of 58.23 out of 100.

As for forex trading, there aren’t many traders residing in Oman. However, regulations have been being relaxed and forex trading here is growing. Forex is regulated by both the Central Bank of Oman and the Capital Markets Authority. Pros for trading here include flexibility and high leverage. Whilst high leverage is great, Oman has no limitation on leverage which can increase the risk for traders. Negative balance protection is also not mandatory.

Forex trading has grown in popularity across Brunei – the volume of Forex traded has increased year on year over the last five years. Trading here is legal as long as traders are following and respect Islamic laws. Although, forex trading isn’t regulated yet which could bring the risk of scammers and shady brokers.

Brunei has a low cost of living compared to other countries on this list, making it the fourth most affordable country on the list. It costs around B$2310 ($1703) a month for a single person to live here. Brunei has the best healthcare of all the featured countries with a high rating of 77.

Work-life balance in Brunei may not be the best with relatively few tourist and leisure attractions across the country. Also, the broadband is fairly slow, with the average speed being around 33.94Mbps.

The cost of living in Singapore is high when compared to others on this list – costing a single person around S$5003 ($3708) a month. Singapore is also the second-worst country for traffic of all the featured countries, with an average time of 41 minutes being spent in traffic.

More positively, the broadband connection in Singapore is very fast, operating at an average of 262.2Mbps. This country is also safe, with a low crime rate rating of 27.87.

Forex trading in Singapore is regulated by the Monetary Authority of Singapore (MAS), who are one of the most influential and respected regulators in the region. The MAS prohibits unregulated brokers from operating there, protecting against fraud, corruption and bad practice. If brokers aren’t MAS regulated, they could be banned from the country. There aren’t too many negatives when it comes to trading in Singapore!

It is not surprising that Monaco was the most expensive country to live in on this list. It costs around €10,075 a month for a single person to live here, which is equivalent to $11,674. Also, the work/life balance in Monaco could be an issue – there are few tourist and leisure attractions across the country, putting Monaco at the bottom of the list for this category.

Monaco is a safe country and is the third safest country out of all the featured countries. It has a low crime rate ranking of 20.82. Monaco is also third on the list for the best healthcare, with a high rating of 75.

Finances in Monaco are regulated by the Commission for the Control of Financial Activities (CCAF). Forex has been growing in doesn’t have too many regulations which is great! However, a negative is that not all Monégasque customers not always accepted by EU brokers.

Malaysia is the second cheapest country to live in on our list, costing around 4227RM ($1018) per month for a single person to live here. This country also provides a good work-life balance, with a variety of tourist and leisure attractions.

However, Malaysia has a higher crime rate of 56.74 – crime has increased over the past three years, with the biggest worries including being mugged and robbed, having items stolen from cars, vandalism and theft, and corruption and bribery.

Forex trading here has recently been made legal. However, there are still a lot of grey areas. The Securities Commission in Malaysia are responsible for Financial Regulatory – Forex trading is only legal if institutions and agencies approved and regulated by Malaysian law are used. If unauthorised agencies are operating, the Securities Commission can simply just warn investors that they aren’t regulated, there is no strict protection.

You can view more information about the other countries InvestinGoal looked at and their position here: https://investingoal.com/best-countries-for-forex-trading/ Getting Started With Trading: Tips From the Experts

How Traders Can Manage Event Risk in Uncertain Market Conditions