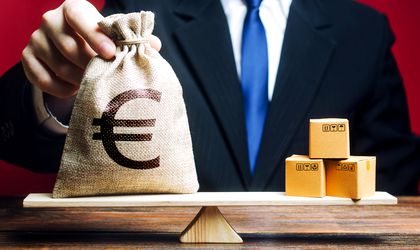 The trade balance started to show signs of a slowdown,  said ING according to a study. Due to its inherent rigidity, ING expects a bit more of a lag in the wage data to confirm the current trends, but the labour market already seems to have been affected.

Seen in isolation from the current pandemic, the first quarter trade balance data could look like business as usual for the Romanian economy: another EUR4.45 billion has been added to the trade deficit, almost 20% (EUR733 million) more than in 1Q2019. “Even if we zoom in on March, the deficit continued to expand, widening by 43% compared to March 2019,”

A closer look reveals, however, that exports contracted by 2.6% in the first quarter and by 11.3% in March alone, the food sector being the only one to have expanded during this time. Due to its dependence on the eurozone markets (where almost 80% of Romania’s exports go), the export sector was affected by the external slowdown a touch earlier than the imports, mimicking the Covid-19 spread from western to eastern Europe. Imports also slowed down in March, but only by 1.8%YoY, due likely to the increased imports of medical supplies but also to specific sector dynamics (a good part of March imports were probably ordered in January-February).

“We believe that the first quarter has marked a turning point in Romania’s trade balance dynamics. We expect imports to contract faster than exports in the coming few months with the recovery first visible in the export sector, as we expect the Eurozone economy to start recover before Romania’s”, said Valentin Tataru, economist at ING Bank.

Wages: inertia at work but not for long

At 7.1%, the annual increase in average net wages in March remained relatively robust but there are some caveats. While this is the lowest rate since early 2015, most of the pay rises were probably negotiated in late 2019/early 2020. What’s more, most of the people taken out of the calculation of the average wage growth are likely to be lower income earners.