Study: 13 percent of people from generation Z have mortgages 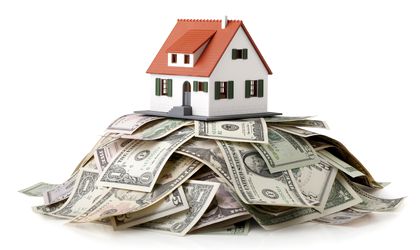 The young generation is keeping the ”tradition” of owning your own house alive. 13 percent of Generation Z, people aged 18-25, currently have a mortgage and the percentage of those taking into account a mortgage in the next 12 months is 26 percent.

The data was found by the latest Ipsos MORI research commissioned by the International Personal Finance Group (IPF), which operates Provident Financial Romania, in six European countries where it is present, as well as in Mexico.

And it also show that women have a higher propensity in purchasing a home, with 15 percent of respondents already having such a loan, compared to 10 percent of men.

According to the same survey, 54 percent of Romanians aged 18-25 think they have a better financial situation than parents or guardians, while only 15 percent think they have a worse situation. These percentages place Romanians as the most optimistic in this respect, compared, for example, with Hungary (33 percent) and Spain (32 percent).

However, all young Romanians (40 percent) say that they had a better financial situation 12 months ago and are at the top of the European rankings also in this chapter. At the same time, a quarter of Romanian young people (27 percent) admit they have a better financial situation than a year ago, slightly more than those in Hungary (25 percent) and Spain (23 percent), but much fewer than young people in the Czech Republic – 33 percent. 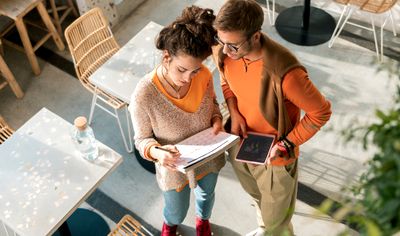 Generation Z looks at the future with optimism and 7 young Romanians out of 10 (68 percent) believe that their financial situation will be better in the next 12 months. Our young people are, in fact, at the same level of optimism as young people in Lithuania and the Czech Republic. Only 8 percent of Romanian respondents consider that they have a more difficult financial situation.

Confidence is also given by the perception of education: 63 percent of Romanian respondents claim that they have received formal education or training on how to manage their personal finances. In addition, 80% of them believe that their education has prepared them well enough to manage their own finances, more than the Spaniards (69 percent), but fewer than the Poles (85 percent) and the Mexicans (82 percent).

When I choose a job, 69 percent of Romanian respondents believe that the financial aspects and the prospect of a career are the most important. In the next places are personal satisfaction and job / leisure balance (both with 58 percent), while 29 percent of them choose their job depending on the impact that the future employer has in society.