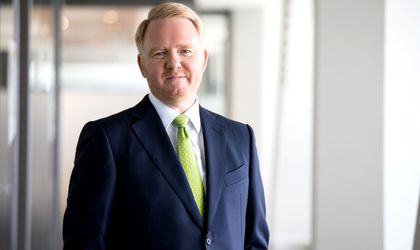 Attractive market conditions in 2021 so far have resulted in the best-performing first quarter by deal numbers and proceeds in the last 20 years. While Q1 is traditionally a slow quarter, this heightened activity bucks that trend. Just as traditional IPO markets have been highly active, the special purpose acquisition company (SPAC) IPOs in Q1 have also been breaking records, completing more deals and raising more in proceeds than in the whole of 2020.

This continued surge in momentum can be attributed to ample liquidity and new opportunities propelled by the COVID-19 pandemic. At the same time, speculative and opportunistic transactions along with the popularization of retail investing platforms among the general public, including younger generations, have made investing more accessible than ever. Looking ahead, with fears of a market correction on the horizon, investor sentiment remains fragile. With this in mind, investors will continue to look for investment returns taking advantage of liquidity, while it is still available.

The Americas region continued its streak of resilience into the first quarter with 121 deals raising US$45.2b in proceeds. Overall, Americas exchanges saw the highest combined deal numbers and proceeds in more than 20 years. The Asia-Pacific region recorded the highest IPO proceeds in 20 years seeing 200 IPOs raising US$34.3b in proceeds. Following a quiet 2020, IPO markets in EMEIA roared to life in Q1 2021 resulting in 109 IPOs and US$26.1b in proceeds.

The technology sector remained as the top spot by deal numbers through the first quarter dominating in terms of number of IPOs (111) and proceeds (US$46.1b). Health care followed with 78 IPOs raising US$14b. Industrials came in third by IPO numbers seeing 57 deals raise US$6.3b in proceeds.

Florin Vasilică, EY Romania Strategy and Transactions leader: “In Q1’21, the local stock market was the first in the region to exceed the pre-2008 crisis level through its benchmark index, BET, which hit a new all-time high. There is a growing interest from companies and investors for listings in the alternative market, AeRO. In Q1’21, IPOs amounted to EUR 7.9m in sectors such as cybersecurity, construction and retailer, while the listing of the first Romanian REIT company paved the way for legislative changes for this type of investment. This novelty could contribute to the diversification of portfolios. The Ministry of Public Finance continued with another round of government bond sales for the population, attracting EUR 286m. Moreover, the corporate bond segment was very active this quarter, the largest issue of EUR 40m coming from the main player in the Romanian agriculture industry.

The Romanian capital market is becoming more and more visible, two new companies being included in the FTSE Russell indices (Bittnet Systems and TeraPlast). However, a significant step would be taken if state-owned companies would be listed, both in terms of greater transparency and good diversification of investments, but especially for the significant contribution that can be added to the state budget.

The most notable event is the listing of UiPath, the first Romanian unicorn, on the New York Stock Exchange, marking a historic moment for the local business environment. This success story confirms the chances that Romanian entrepreneurs have to achieve international recognition with a scalable product, of great interest in the current context and with access to financing facilities for rapid development.”

IPO activity in the Americas region more than tripled by deal numbers compared with Q1 2020 with deals increasing 218% (121 IPOs) and proceeds raising an unprecedented 446% more, totaling US$45.2b. While the health care sector continued to lead the region by deal numbers through Q1, with 44 IPOs (raising US$8.7b), the technology sector accounted for the lion’s share of the region’s proceeds raising US$21.4b (via 33 IPOs).

As with the global market, the US tends to be slower in Q1. However, Q1 2021 saw deals being carried over from 2020 and issuers taking advantage of high valuations led by technology companies resulting in the US seeing 99 IPOs raising US$41.1b overall. The explosion of SPAC IPO activity continued into Q1 2021 with activity already surpassing the records broken in 2020. In Q1 2021, there were already three times as many SPAC IPOs on US exchanges than traditional IPOs, all while traditional IPO deal numbers skyrocketed as well. Through Q1 2021, the US saw 300 SPAC IPOs raise US$93.4b in proceeds.

The Asia-Pacific region started the year by accounting for nearly half (47%) of the global IPO activities in Q1 2021. The region saw 200 IPOs raising US$34.3b in proceeds, achieving the highest Q1 proceeds in 20 years, beating the former record from Q1 2010. In terms of sector activity, technology outpaced all others by both volume (51) and proceeds (US$17.7b).

The EMEIA region got off to a strong start in Q1 2021 buoyed by the lingering momentum from Q4 2020. Sustained activity in the region can be attributed to high valuations, low volatility and rising confidence in an eventual economic rebound. Overall, EMEIA saw 109 IPOs, a 179% increase YOY. These deals raised US$26.1b in proceeds, a 646% increase YOY.

Europe stayed resilient, despite restrictions brought on by the COVID-19 pandemic, resulting in improved investor sentiment. European IPO activity rebounded in Q1 increasing deal numbers by 315% (83) and proceeds by 1,814% (US$23.1b). In the UK, investors sustained their appetites and companies took advantage of pandemic-accelerated growth and high levels of liquidity. The UK ended the quarter with 17 IPOs raising US$7.5b in proceeds, increasing 467% and 1,031%, respectively.

While sentiments are trending positive, uncertainties will continue to weigh, creating market volatility. The likelihood of new waves of the COVID-19 pandemic around the world combined with differing global vaccination progress, geopolitical tensions, inflation, interest rates and the ability of the global financial systems to withstand unexpected market shocks are all potential ingredients for a perfect storm. Whether a company decides to take the route of a traditional IPO, SPAC merger or a direct listing, well-prepared companies in popular sectors and with the right stories should move now to catch the transaction window while it’s still open.