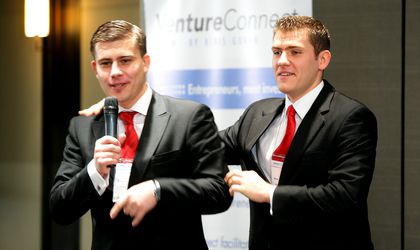 On May 16, Bittnet Group (BNET), an AeRO listed company and the first ever IT issuer quoted on the Bucharest Stock Exchange, closed the trading session having overpassed RON 100 million in market capitalization. At the end of the day, Bittnet shares traded at a price of RON 1.88 and the total market capitalization was RON 103.8 million, thus reaching a historical milestone for the Group. Since listing on the AeRO market, Bittnet shares have increased their value by 1333 percent.

Bittnet was founded in 2007 by brothers Mihai and Cristian Logofatu and was initially focused on delivering IT training, but after few years, they introduced the IT&C integration division. The company listed on Bucharest Stock Exchange’s AeRO market for start-ups and SMEs in April 2015, following an infusion of capital from Polish pre-IPO fund, Carpathia Capital. At the time of the listing on AeRO, Bittnet had a market capitalization of RON 7.5 million, which means that the company’s valuation has increased by more than thirteen times in 4 years.

“The accelerated journey on which we have been for the past 4 years would not have been possible without the opportunities that were offered to us through the Romanian capital market and our shareholders, whom we thank for their constant support. We are humbled by the trust provided us by the Bucharest Stock Exchange’s investors and together with all our Colleagues, we remain committed to further growing Bittnet Group, by setting even more ambitious goals for the future,” said Mihai Logofatu, CEO and Co-Founder of Bittnet.

Since its listing in April 2015, Bittnet has attracted about EUR 10 million through capital market mechanisms – capital increases, bonds, and distributing accrued profits through stock dividends. Of that, approximately EUR 6 million was raised during five consecutive corporate bonds issuances, which primarily fueled the Group’s M&A activity on the local market.

“We recognize today’s milestone, of overpassing RON 100 million in valuation, as a sign of trust on our promise to deliver RON 130 million in revenues by the end of this year. While last two years were dedicated to expanding our business though M&A activity, for the next 2 years we envisage the consolidation and strengthening of our market position on the local and external markets. The process, even though it sounds static, will help us double our revenues by the end of this year, which we consider important ahead of our transfer to Main Market” said Cristian Logofatu, Co-Founder and CFO at Bittnet.

In October 2018, Bittnet Group announced its intent to transfer to the Main Market of the Bucharest Stock Exchange, a decision which was approved in the General Shareholders Meeting from December 2018. Management expects the formal process of moving Bittnet Group to BVB’s Main Market to finalize in the fourth quarter of 2019.