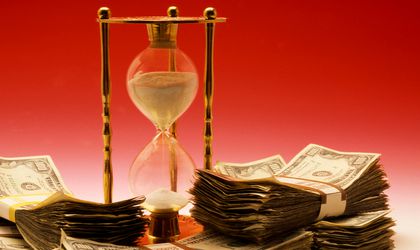 The Romanian government is showing the first signs that it is running out of money as it begins to test austerity measures in order to control the fiscal deficit.

The Finance Ministry has sent an address to many public authorities urging them to take measures in order to limit wage spending through wage cuts or layoffs, according to a document presented by Vlad Alexandrescu, an opposition MP.

The official document says that the budget won’t be able to cover the entire value of the public wages for the fourth quarter of this year and demands urgent measures from public institutions to ensure that the wage budget will not be exceeded.

Romania’s budget deficit rose by 88.5 percent in January-April compared with the first four months of last year, to RON 11.4 billion (EUR 2.4 billion), as the government has major difficulties to cover soaring wage, pensions and interest spending.

Spending on goods and services increased by 14.9 percent year-on-year in January-April.

Experts are particularly concerned about the rapid increase of government’s interest spending. Last year, interest expenses rose by 27.8 percent up to RON 12.9 billion.

The trend continued this year as interest spending increased in January-April by 14.9 percent year-on-year to RON 5.8 billion as the government had lower access to financing from local banks after it imposed a tax on assets since the beginning of this year.

Romania is the EU member state which pays the highest interest rates for its debt.