Romanian average gross nominal earnings up by 1% in October 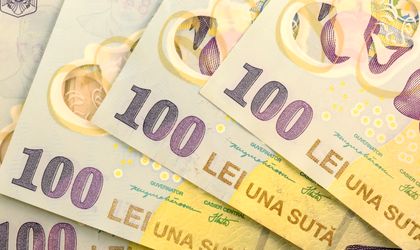 The average gross nominal earnings in Romania was recorded at LEI 5,090 in October, LEI 49 more than September’s figures, a 1% increase, while average net nominal earnings have seen a 1.1% increase (LEI 34), according to figures from the National Statistics Institute released by MEDIAFAX.

The largest figures of the average net nominal earnings were recorded in the IT industry  (LEI 7,118), while the smallest in the clothing production industry (LEI 1,801). Breaking it down even further, sectors that saw the biggest rise in average net income were in computer, electronic and optical products industry (9.8%) and the metallurgical industry (up to 5.5%), while the most significant drops were in the oil industry: 19.4% in crude oil and natural gas extraction  and 17.6% in the manufacture of products resulting from coking and crude oil refining.

In the budgetary sector, the net average income has also seen an increase in October 2019, compared to the previous month, in education (3.8%), public administration (1.3%) and healthcare & social assistance (0.8%).

The increase seen in October 2019 was largely due to occasional grants paid during this month (quarterly, yearly, performance or 13th month bonuses), fringe benefits or financial assistance, payments from the net profit or other funds. Also, the increase can be explained by bigger production and income of Romanian companies, and cutbacks of employees with below-average incomes, according to Economica.net.