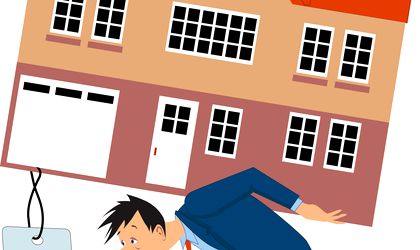 Romania registers the lowest share of the population who were in arrears with mortgage or rent among the 28 European Union member states, but posts high arrears with utility bills or hire purchase payment, Eurostat data show.

In 2016, 0.9 percent of Romanians recorded arrears with mortgage or rent, far below the EU average of 3.5 percent. The share declined to 0.3 percent in 2017, according to provisional data. “When looking at the share of the population who were in arrears with mortgages or rental payments (…), the highest percentage in the EU was also recorded in Greece, where 15.3 percent of the total population had outstanding debts of this kind in 2016. This was considerably higher than in any of the other EU Member States. The next highest proportion was recorded in Cyprus (8.6 percent), followed by Spain and France (both 5.2 percent), Hungary (5.1 percent), Finland (4.9 percent) and Italy (4.2 percent),” Eurostat said.