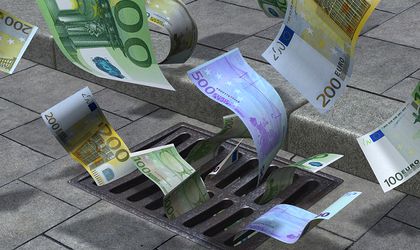 Romania has lost EUR 80 million of European funds following the European Commission finding irregularities in the use of funds for agriculture and rural development. The Romanian government had over two months to challenge the EC’s decision, but acted too late, leading the European courts to reject its case, according to hotnews.ro.

The Commission’s initial decision to cut EUR 80 million of funds for Romania due to issues found in the National Rural Development Programme (PNDR) was made on June 13, 2018. The decision could have been challenged by August 24, but the Romanian Foreign Affairs Ministry (MAE) only acted on the matter on September 7, and the Luxembourg court rejected its request on April 30, 2019.

However, the MAE said that it acted on time, citing the fact that the deadline could be prolonged by 14 days plus another 10 days due to distance. Therefore, the Ministry says it will challenge the court’s recent decision.

The person at MAE who was responsible for the case was state subsecretary Radu Cantar, who was also a governmental agent at the European Court of Justice. He requested the cancellation of the following financial penalties:

The European court found on April 30, 2019 that “Romania’s arguments are based on confusion” and rejected Cantar’s request. Romania also had to pay for the legal expenses, including those incurred by the European Commission.

The financial penalties will be supported by Romania either through the beneficiaries of the projects where irregularities were found or through the state budget.

Had Romania challenged the EU’s decision on time, it could not be certain that it would have won, but there have been cases in the past where it has managed to save hundreds of millions of euros through such legal actions.