Romania is drastically taxing the sale of non-performing loans. What do other countries do? 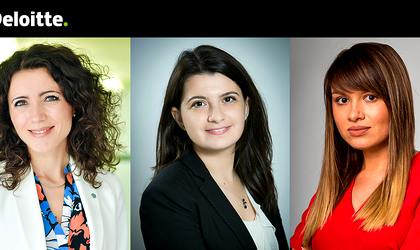 The market of non-performing receivables assignment is blocked in Romania due to excessive taxation of the amounts obtained from such transactions, a rule that entered into force on January 1, 2018. This tax treatment discouraged companies in several sectors from selling such receivables, but especially financial institutions, which often resorted to such operations to clean up their balance sheet, according to the recommendations of the National Bank of Romania. Incidentally, from the Central Europe comparative study “Tax regulations regarding the assignment of receivables by financial institutions“, conducted by Deloitte Romania, it appears that the tax treatment applicable in our country is one of the most expensive, compared to other central European countries.

Before 2018, the receivables related to customers with late payments were most often assigned to specialized companies, equipped with the necessary infrastructure for their recovery. But in the last three and a half years, due to the high level of taxation, the market for the assignment of non-performing receivables has frozen, with very few such transactions having been carried out, as banks prefer to manage their recovery internally, even at the risk of higher costs with impairment adjustments to receivables.

Existing limitations and the risk of maintaining them

Specifically, at present, in Romania, the loss recorded as a result of the assignment of receivables is deductible only in a proportion of 30%. In other words, 70% of this loss is included in the taxable base and taxed with 16%, corporate tax. Therefore, any sale at a price of less than 11 cents to a dollar leads the lender to a tax payment higher than the income from the assignment.

Maintaining these limitations is all the more questionable as the level of non-performing loans is expected to increase in the near future. More specifically, as a result of the most recent stress tests in the banking sector, the National Bank of Romania estimated the increase of the NPL ratio for December 2022 to 9.9% in the basic scenario and to 19.4% in the adverse scenario. Currently, the NPL ratio in Romania is 3.94%, compared to 2.5%, in the EU (as of March 2021), and the expiration of the measures to mitigate the pandemic effects (moratoriums) is just one of the causes that can undoubtedly lead to the increase in the NPL ratio. At the same time, indicatively, let’s recall that in the period following the financial crisis of 2008, this rate exceeded 20%.

Thus, if the fiscal rules are maintained, banks will have to choose between keeping non-performing loans on the balance sheet, which would generate additional costs with the adjustments for the depreciation of the receivables and with the provision of the necessary resources for their monitoring and recovery, or to assign them to companies specialized in recovery, but with very high costs imposed by excessive taxation.

Where does Romania stand?

Amending the regulations on taxation in the case of assignments of receivables would be a beneficial measure for all economic agents, but especially for banks, given that it would encourage the sale of non-performing loans to companies specialized in their recovery and would allow them to focus on their fundamental economic activity: attracting deposits and granting loans.

In this respect, one can follow the example of several countries in the region with much more favourable tax regimes applicable in such transactions. Deloitte Romania’s study shows that 11 countries out of the 16 analyzed allow the full deductibility of losses incurred as a result of the assignment of receivables and only five, including Romania, chose to limit their deductibility, and among them, Romania, the most drastically. Moreover, even of the seven countries that apply deductibility limits, the others still offer a more favorable tax treatment than the one in Romania. For example, Poland accepts full deductibility in case of assignment to specialised funds, and Latvia allows the deductibility of the loss when the claims are sold to a country in the European Union, the European Economic Area or to a state with which it has concluded a double taxation convention.

In conclusion, changing the taxation system in the case of assignments of non-performing claims to make it less burdensome for those which report losses anyway due to the non-collection of those receivables would help improve the financial situation of the affected entities and allow them to focus on their core business. Last but not least, such a measure would support the circulation of money in the economy.