Wages in Romania taxed at the highest rates in CEE; Romanians earn more than Bulgarians and Hungarians, but only on paper

The gross minimum wage in Romania is higher than the average of the Central and Eastern Europe region. At the same time, it has the highest effective tax rate, of 41.5 percent, according to an analysis by Deloitte Romania. The effective tax rate is also the highest in the region for a gross salary of EUR 1,000, while the region’s average is 27 percent.

”As a result of the transfer of social security contributions to the employee and the increases of the gross minimum wage, including the one announced for December 1, 2018, Romania has exceeded the region’s minimum gross average wage of 421 euros, surpassing five other states. But the other 10 countries have lower effective tax rates, the average being 21 percent, compared to 41.5 percent in Romania,” says Raluca Bontas, partner Global Employer Services, Deloitte Romania.

Deloitte Romania’s analysis includes Romania, Bulgaria, Serbia, Croatia, Hungary, Slovakia, Czech Republic, Poland, Estonia, Lithuania and Latvia. For this analysis, the value of the gross minimum salary taken into account for Romania is 2,080 RON, the value announced by the government to enter into force in December 2018.

”The Romanian employee receives less of his labor output than in other states in the region, as the income tax and the social contributions to the public budget are higher. Therefore, we might expect that high taxation would also result in a higher quality of life as the employee invests more into public education, health, infrastructure etc. However, the world rankings for these aspects show the opposite, with low levels of efficient public spending. For example, the study conducted by the NGO Progress Imperative Social, with Deloitte’s support – the Social Progress Index, that measures the quality of life and the well-being of citizens – places Romania on the 44th place among 146 countries, following all the other EU member states. Such data makes us understand easier the phenomenon of labor migration and the need for inter-related measures that can reverse this trend,” explains Raluca Bontas.

”When we talk about wages, we usually refer to their gross value. Thus, Romania does not look bad at all, with a gross minimum salary increased by about 41 percent over the past two years. It is a positive evolution compared to the average of the region. Unfortunately, if we take into account the effective tax rates, the net minimum wage in Romania is at the bottom of the same ranking. That means that, at the end of the month, the Romanian employee takes home the lowest amount after taxes, comparing to his colleagues from the countries in the region. It is also true that the cost of the employer is by far the lowest in Romania, but this has no impact on the employee. However, in both situations – the gross salary and the total salary cost – Romanian taxes and contributions to public systems significantly outweigh the region’s average,” concludes Monica Tariuc, Senior Manager Tax, Deloitte Romania. 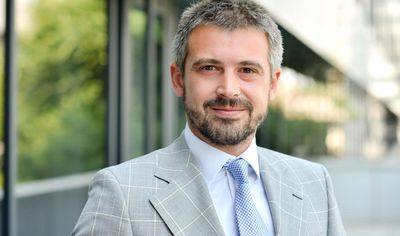 Read more about
Deloitte, recognized as the CEE Tax Firm of the Year by the International Tax Review in 2021
read more

Deloitte assisted the asset management firm The Rohatyn Group in the sale of...