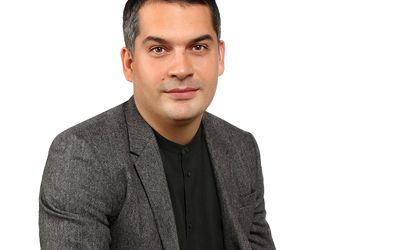 Romania could expand its GDP by 10% by 2050 – generating an additional contribution of €575 billion – by increasing savings, according to a McKinsey & Company analysis. This analysis was realized in the context in which  a significant part of the population faces difficulties in saving and understanding fundamental money-related concepts both due to low incomes and lack of financial education, as shown by a survey carried out by McKinsey in the spring of this year.

The average value of financial assets per capita in Romania is approximately 5,000 dollars

Still, Romania has one of the lowest levels of personal financial wealth compared to other Central and Western European countries, at 36% of GDP—almost half the Central European average, according to McKinsey & Company. The average value of the financial assets per capita in Romania is around $5,000, while, for example, in Hungary is $12,000. Personal financial wealth is based on personal financial assets, including cash, current-account deposits, non-current-account deposits, securities and derivatives, mutual funds, life insurance, and pillar 2 and 3 pensions.

“The net wealth of the Romanian population has increased more than eight times over the past two decades, according to the National Bank of Romania. Thus, Romanian citizens have low levels of savings, few financial assets, and a significant part of the accumulated wealth locked into real estate. Some of the reasons why Romanians’ savings are still low are low incomes – at least for a large part of the population, and a lack of financial education and, consequently, of long-term planning. In this context, financial institutions, the state, and consumers must join forces in finding ways to increase financial education, provide products or services that meet consumers’ needs and ultimately build a culture of financial responsibility and awareness to boost personal and collective wealth. This is a clear case where individual interests are aligned with the collective one”, says Alexandru Filip, Managing Partner McKinsey & Company Bucharest.

When saving, Romanians prefer to keep their money mainly in cash and deposits and do not use sophisticated investment products such as mutual funds, securities and derivatives. Approximately 70% of personal financial assets are held in cash and deposits, compared to 59% in Central Europe and 40% in Western Europe.

Almost 63% of Romanians declare that they manage to save occasionally or monthly, based on a survey conducted by McKinsey&Company earlier this year. The survey measured Romanians’ attitudes toward money, savings and financial planning and targeted the urban population with varying levels of education, ranging from 18 – 65 years old.

Those who save every month, but not a fixed amount (roughly 1/3 of the respondents) tend to live in middle-sized cities and have higher education levels. Concerningly, from the perspective of social cohesion, only a quarter of the less educated segment manages to save. The younger respondents are equally challenged to start financial investments. Almost one-third of the 18- 24- year-old segment surveyed are still financially dependent.

The survey indicates that Romanians generally lack faith in both public and private pension systems. Just one in five Romanians trusts the public pension system, and only one in four trusts the privately-managed one. Additionally,~80% of respondents could not estimate the value of the pension they will receive from the state, and 90% expect that their pension will be insufficient to maintain their lifestyle post-retirement. Surprisingly, despite the latter figure, only 28% of Romanians declared that they plan their retirement proactively.

The pandemic has globally increased awareness among consumers of the importance of saving, including Romania. But it seems difficult to maintain this trend as spending restrictions have eased and high inflation has started to dent purchasing power.

Only 1/4 of Romanians kept their pandemic-induced saving behaviors

At this moment, only one in four Romanians said that they have managed to keep up with their pandemic-induced saving behaviors, the survey indicates. This situation is driven by the lack of funds, financial education and support to help them save. Just 15% of respondents said they had attended financial education programs, and only under 30% said that their families taught them how to invest. Although many Romanians wish to save more, they are hesitant about financial planning. In fact, slightly over 50% of respondents said they would prefer a yearly check-up at a dentist than attend a free meeting with a financial advisor. On the other hand, almost 40% of the respondents have difficulties with fundamental money-management concepts, such as understanding inflation’s effects on their savings.

When investing, Romanians choose the extreme options: either low-risk or speculative investments

At the same time, 75 percent of respondents claim to manage their investments alone. Only one in five respondents believe that banks offer reliable financial advice, and a similar percentage check with their bank when making a money-related decision. Family and friends are considered a more credible source of information regarding money management than financial institutions or experts.

Around two-thirds of the respondents would like the state to get more involved in helping the population to save or invest by offering incentives. At the same time, 60% felt that banks or insurers should also do more to help the population save by offering advice and providing products that better suit customers’ needs. Lastly, Romanians also believe that families should play a more significant role in providing financial education for their children and that the schooling system should also assist in this regard.

“Romanians could build on the pandemic trend of increased savings and leverage the overall wealth increase to build individual and collective financial safety. At-scale change may not happen soon as low income and high indebtedness drive low savings rates for a large part of the population. But greater financial awareness and access to reliable information can overcome broader attitudes and behaviors such as risk aversion and mistrust in financial institutions. By increasing savings and redirecting them to productive investments, Romania has an opportunity to increase GDP by an additional 10 percent by 2050. Doing so would increase the individual’s net wealth and positively affect the labor market, productivity, and innovation. Such an approach would undoubtedly be a passport to greater prosperity for future generations”, adds Alexandru Filip.

The full report is available here.