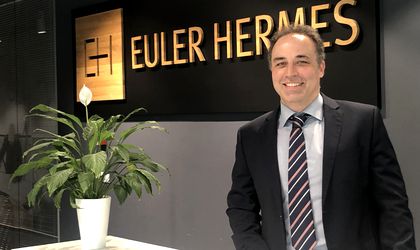 As expectations of a post-pandemic demand catch-up in Europe are building up, rising commodity and input prices will test firms’ ability to charge more for their products and services without losing business. This potential pricing power is key for reflating the economy but also for firms to make up for 2020. However, because of a large number of factors (different market structures, competitive intensity, consumer behaviors etc.) not all sectors have the ability to stay ahead of the curve.

By comparing the evolution of retail prices with changes in producer prices in the Eurozone[1], we compute a proxy for pricing power. Indeed, sectors that saw retail prices increase faster than producer prices can boast of having some pricing power whereas those in the opposite situation could be seen as lacking pricing power. Due to data discrepancies, some sectors are analyzed since the early 2000s[2] while others are studied since 2017[3]. Overall, we find that textiles, household appliances, cleaning products, telephone services and restaurants have seen input prices outpace retail prices (see Figure 1). These sectors have been facing fierce competition, whether domestic (telephone services, restaurants) or global (textile, appliances, some chemical products). Consumer electronics, pharmaceuticals and airlines top our long-term Eurozone pricing power ranking. By looking at the relevance of our regression models and coefficients, we are able to establish a ranking of Eurozone sectors (see Table 1). Overall, our quantitative assessment is in line with expert judgements. However, some sectors, such as consumer electronics, could be on their way downward in the ranking as recent trends saw many (if not all) large manufacturers offshoring outside the Eurozone. We also underline a distinction between sectors that have been passing through input price changes in order to preserve market shares (defensive strategy) and those that were opportunistic (i.e. increasing prices much more than their input prices). We do so by defining a 10pp threshold in the HICP-PPI spread; sectors that managed to increase retail prices more than 10pp beyond input prices are considered as opportunists while others are considered defensive. Using detailed data in the food segment, we observe that here we must also account for heterogeneity within a sector (see Figure 2). For instance, the oils sector has seen its input prices outpace consumer prices over the last 15 years. Interestingly, the dairy (milk, cheese) and egg segment has been able to increase retail prices 10pp above its input price growth over the same time period. However, coffee producers that benefited from lower input prices had to cut retail prices in order to fight off global competition.

The increases in consumer prices are not (fully) taken up by retailers. As HICP includes the pricing strategy from the retail sector, one could question how retailers could skew our analysis. Indeed, they could increase selling prices to customers while purchasing at lower prices to producers in order to preserve or increase their own margins. However, looking at the broader picture, the retail sector has not seen its profitability increase compared to the rest of the business economy, it even decreased a bit over 2011-2018. The exchange rate is an extra source of uncertainty for exporting sectors. The potential “offsetting mechanism” through exports can be reinforced or cancelled out by exchange rate fluctuations. Indeed, Eurozone firms could be able to sell at higher nominal dollar prices, for instance, but if in the meantime the euro appreciates, then the impact on profits in euros would be watered down. To illustrate this, we see that in 11 of the last 20 years, the euro appreciated while inflation was higher in the US than in the Eurozone.

We notice that even in the case of Romania, the trends manifested globally in relation to inflation are highlighted. Our country has been accustomed for some time to the presence in the top of the countries with the highest inflation in the European Union. Reaching and even exceeding in recent months the level of 3% compared to just over 2% at the end of last year shows some signs of concern, being towards the upper limit of the range of variation pursued by the NBR. In the structure, the main components that generated price increases both globally and locally were increased tariffs on energy, fuel, certain blockages in the supply chain (some – such as the semiconductor crisis – being expected to persist at least during this year) and last but not least – especially in the case of Romania – a very low agricultural production last year. The last factor has contributed decisively to the increase of food prices in the conditions in which they hold more than 30% of the shopping cart in our country. Of course, there is also good news if agricultural production will be – as expected – significantly higher than last year, which could have a positive base effect both in overall price easing and in contributing to economic growth.

“In Romania, the inflationary pressure came” together “with the record GDP growth of 2.8% of European Union countries (-0.4% overall) for the first quarter of this year. The return from the second half of last year continues to be in line with efforts to boost the economy. Inflation fears may seem a little exaggerated. Prior to the pandemic crisis, rhetoric focused on the risk of deflation accompanied by a possible economic recession. The sharp drop in revenues from the first pandemic wave had accentuated this possibility. The rapid recovery of the affected economies in the last 12 months has changed the outlook for the risk of overheating and consequently for rising prices. In fact, the real “fear” of global financial markets is not so much inflation itself – which is beneficial if the level is controllable when we talk about economic recovery – but the possibility of raising reference interest rates that would significantly reduce corporate profits and thus returns of holders of shares and bonds. However, in the longer term, short-term shocks to successive interest rate hikes – which have long been at record lows globally – could be the necessary price to pay for economic sustainability. “, said Mihai Chipirliu, CFA – Risk Director Euler Hermes Romania.

The sectors analyzed account for half of HICP products and services in the euro area. The main subcomponents that were not included are recreation and culture (8%), education and health (8%), rents / housing (7.5%) and other services / products that cannot be directly associated with an SPI or PPI. In general, it can be seen that there could be losses in the price of production for food, fuel, textiles, computers, electronics and restaurants. These sectors account for about 33% of the HICP. However, if non-core elements are removed, they represent only 12%. Furthermore, it can be seen that there is a delay of one to two months between a change in the PPI and a change in the HICP.

Unlike the Eurozone, Asia and North America have seen recent periods of higher inflation and the current pattern of recovery seems to point towards a similar divergence. In theory, Eurozone firms exporting outside the EU could ride along and benefit from higher selling prices. However, when looking at the 19 sectors analyzed, only the pharmaceutical sector has a significant ratio of net extra-EU exports to turnover.