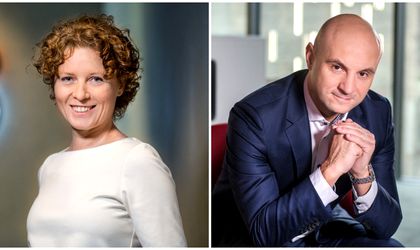 BLIK, a modern mobile payment system that was launched with the support of all major banks in Poland in 2015, is currently the most popular way to pay in this country.

21 million users of mobile banking applications in Poland already have access to BLIK, and over 10 million people use it regularly for payments. BLIK’s founders are now looking at expansion possibilities  in other EU countries, the priority being Romania, CEE’s second biggest market. BLIK has already been successfully implemented in the United Arab Emirates.

BLIK is a payment system available on mobile banking applications through a bank account. It allows you to pay online, at traditional payment terminals, as well as withdraw cash from ATMs, and send money to other users in real time. To pay through BLIK, the app generates a six-digit code, which must be entered online, at the terminal or ATM – it initiates a transaction that is then approved in the Bank’s mobile application. BLIK’s simplicity, convenience and security makes it a favourite way to pay among users of banking apps in Poland. Since its launch in 2015, the system has already processed over 1.5 billion payments. Nearly 70 percent of all BLIK transactions are e-commerce purchases. In Poland, BLIK is much more popular for these types of purchases than payment cards or paying cash on delivery. It really facilitates online shopping, helping it accelerate the development of e-commerce, thus supporting many sellers who have suffered during the pandemic.

“We are working intensively on establishing partnerships with banks in the Central and Eastern Europe region. Our strategy is to develop agreements with the biggest banks on the local market and to demonstrate that a common approach can lead to a much faster development of the industry. We believe that we can quickly build in other markets – such as Romania – a popular payment system based on mobile banking applications and a solid e-commerce acceptance network, using the technology we have already created and our seven-year experience of consolidating BLIK in Poland.”, explains Dariusz Mazurkiewicz, CEO of BLIK.

The Romanian market is now at the perfect time to undertake this type of initiative. The development of mobile banking and e-commerce in Romania is at a very mature stage so most customers are already used to mobile payments.

“The number of people buying online in Romania and their payment preferences are practically the same today as they were in Poland when BLIK entered the market. 44 percent of customers buy online, and 40 percent of them choose to pay for the goods in cash upon receipt of the order, while 22 percent of clients do not trust cards. These indicators are almost identical to those observed in Poland in 2015”, explains Elżbieta Wróbel, Business Development Manager at BLIK. “That is why it is a good time to introduce such a solution as BLIK. In this case, however, the promotion of the system does not have to take 7 years, as was the case in Poland. With the right know-how, it can be done much faster”, she adds.

According to a study conducted by the consulting company Kearney, Romanians want to pay quickly, safely and as simply as possible. 35 percent of those who use mainly cash today say they want payments to be convenient. One-third of those who use payment cards declare that the most important thing for them is payment security.

“It took us seven years to promote BLIK as a comprehensive payment system on the Polish market. BLIK was created thanks to the cooperation of banks, which decided that creating one common solution, instead of many competitive ones, would be more beneficial for customers and much cheaper to implement. Today we can say that it was a very good decision. Poles love BLIK and for most of them it has become a favorite method of payment and transferring money. Quick, safe and cash-free”, says Dariusz Mazurkiewicz, CEO of BLIK.

The Polish solution created in 2015 is now being noticed around the world. For some time now, financial institutions in many countries have been interested in this technology and its method of promotion. The creators of BLIK are establishing cooperation with international payment operators, thanks to which BLIK can be used for payments on many global e-commerce websites. Thanks to the partnership with MasterCard concluded in 2019, BLIK users can also make contactless payments by phone in terminals around the world. The technology on which BLIK is based is currently being used to create a public payment system in the United Arab Emirates. This solution can be used in a similar way on any market – the same payment system can operate in the mobile application of any bank – simple, fast and secure.