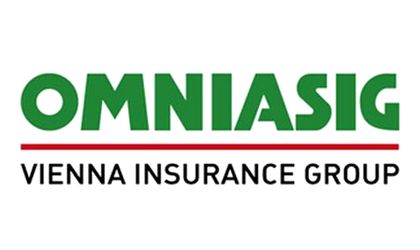 Omniasig Vienna Insurance Group recorded an increase of 11 percent of the subscribed premiums at the end of 2018, in line with steady increases over the year. The total volume of gross premiums written was RON 1.172 billion. In the same period, the company recorded a 4 percent increase in the total amount of compensation paid.

The Property Insurance segment recorded a 6 percent increase in premiums written compared to the previous year, reaching almost RON 211 million. The increase in this category is aligned with the company’s main objective of supporting the development of non-auto insurance lines.

The company recorded a profitable, stable evolution in 2018, the gross profit according to IFRS reporting standards for consolidation of RON 40.5 million.

“The year 2018 was marked by evolution, investment and innovation, so we succeeded in digitizing the processes in the company and implementing a new consultancy application aligned with the IDD law through which each customer’s protection needs are analyzed before they are issued an insurance policy. At the same time, we have developed the necessary products for the market, such as the insurance solution that incorporates the automotive telematics system, with real customer benefits. Activity and process efficiency systems and responsible underwriting strategy related to the development of segments such as Property Insurance have supported us in achieving favorable outcomes,” says Mihai Tecau, chairman of the board at Omniasig VIG.

The motor insurance segment (Casco and RCA) recorded an increase in the total gross written subscriptions of 12 percent compared to the previous year, as a result of a sustained advance of the underwritings for both compulsory motor insurance and the optional ones. At the same time, the value of the indemnities paid for them increased by 15 percent to over RON 571 million.

The health insurance line remains a priority for the company, the strategy pursuing its permanent development. In 2018 this line continued in the direction of the past years, and recorded a significant increase in gross written premiums of 52 percent.

Another growing line is that of tourist assistance insurance. In 2018, Omniasig recorded a 25 percent increase over the previous year, with total gross written premiums exceeding RON 13 million.