New loan disbursements can rebound in 2021, supported by regulatory measures to sustain the lending activity of banks 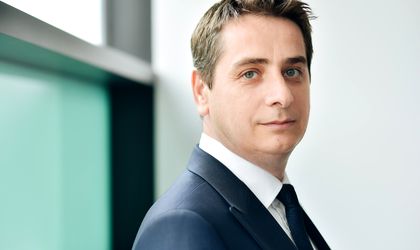 Banks in Central and Eastern Europe expect new loan disbursements to rebound in 2021, supported by regulatory measures aiming to sustain the lending activity, after a significant year-on-year decrease in 2020, according to COVID-19 CEE banking sector impact survey, conducted by Deloitte in 12 countries in the region, including Romania. The loan demand decreased in the second quarter of 2020 in sectors such as hospitality, transport and storage, real estate and construction, as well as manufacturing. On the other hand, sectors such as wholesale and retail trade and agriculture saw an increase in the demand for loans, according to the survey.

Over 60% of respondents think credit standards of loans for both households and companies will continue to tighten mainly due to the deterioration of economic outlook, the elevated credit risk as well as banks’ lower risk tolerance. The tightening trend has already begun in the first quarter of 2020, according to the European Banking Authority, but to a less severe degree compared to the evolution during the crisis of 2008-2009.

Banks in the CEE region have significantly improved their asset quality since the global financial crisis, built up larger capital buffers and strengthened their liquidity positions, underlines the survey, therefore they entered the economic slowdown in a better state than they did at the time of the financial crisis. Although they expect a prolonged economic recovery over the next 12 months – U-shaped (39% of respondents) or L-shaped (22%) -, they do not foresee a considerable asset quality deterioration. Over 80% of respondents anticipate the non-performing loans (NPL) ratio will increase by maximum 5 p.p. for both retail and corporate loans. Unsurprisingly, hospitality, transport and storage and real estate and construction sectors, which are the most affected by the pandemic, will drive the NPL ratio in the corporate segment, according to the respondents.

“The NPL volumes in Central and Eastern Europe has decreased considerably over the past years and reached an average ratio of 3.3% in the first quarter of 2020, helped by the economic advance, the supervisory bodies’ cautionary measures and by the banks’ careful management of this area. Nevertheless, banks need to start assessing the challenges that their borrowers may face and be prepared to react quickly in case the actual damage of the crisis turns out to be greater than expected, once the loan repayment moratorium comes to an end. The sooner they look into the status and financial health of the borrowers, understand the potential risks that may be caused by various factors and even consider provisioning the amounts granted to those borrowers who show significant signs of difficulties, the easier it will be for all parties involved seeking remediation solutions to address such challenges,” stated Radu Dumitrescu, Financial Advisory Partner-in-Charge, Deloitte Romania. 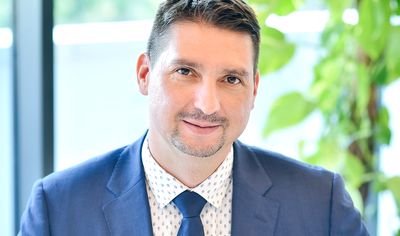 Read more about
Electric vehicles sales are expected grow annually by 30% over the next decade, and one in three new cars sold globally will be electric by 2030
read more

Timing of the measures announced by local governments and national banks to mitigate the negative economic effects was in general positively assessed by the CEE banks. Over 60% of respondents agreed that the local authorities reacted in time to COVID-19 and three quarters of them think the application of moratorium is effective in maintaining financial stability.

As far as the NPL transaction activity is concerned, almost a quarter of the respondents plan to dispose of non-performing loan portfolios over the next six months. Almost 22% of respondents stated they postponed their already ongoing or contemplated disposal of non-performing loan portfolios because of the current context generated by the COVID-19 pandemic. Also, the majority of investors stated their intention to continue buying despite the pandemic situation, but selecting deals more cautiously.

Retail unsecured portfolios will dominate the NPL transaction market, with more than one-third of banks expecting to dispose of non-performing loans in the largest amount in this asset class. This could be attributable to the increase of retail unsecured loans in banks’ portfolios over the past years, as well as the fact that banks have already disposed of the vast majority of their corporate non-performing exposures, according to the survey.

The post-Brexit agreement appears to be work-in-progress, even though the transition period will...