Mugur Isarescu: Linking asset tax to ROBOR is an attack on the independence of the National Bank! 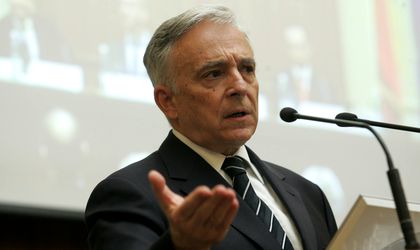 Mugur Isarescu, the Governor of the National Bank of Romania (BNR), together with the entire BNR Board of Administration, attended Senate commission hearings on Tuesday.

Asked about the interbank interest rate ROBOR being at a level that is considered very high compared to the one in the Eurozone, Isarescu explained that this was not in the hands of the National Bank.

“As I was saying, the market is just between banks. And you have my word that they are fighting over every hundredth of a percentage point. If a treasurer loses, his manager will hold him accountable! And if it gets over 3.5 percent, Cinteza calls the head of the bank and asks him questions! But the confusion comes from the fact that one-day figures are taken and compared to three-month figures. I guarantee that there is no manipulation! The market works very well! The question is why the 3-month interest rate has been taken as the reference. And I will answer: because it was considered the most stable one! It has the lowest volatility!” said Isarescu.

“As for bank financing, only a small number of companies are bankable, although domestic sources of finance are higher than the level of lending. There is more money in banks than banks can lend. When you have a low degree of intermediation, the credit level decreases and costs increase. First Deputy Governor Georgescu can develop this subject because he has written a number of papers on this topic, which are public. Mr. vice-governor  Voinea – the Stability Report coordinator – can develop issues related to the cost of financing Romanian companies,” said Isarescu about the financing system.

Read more about
Leonardo Badea (BNR): On the role of the interest rate corridor in the operational framework of monetary policy in Romania
read more

“The Romanian state did not give a penny to capitalize the banks. The fact that BT has had a bigger profit in one year does not have to make you lose trust!” said Isarescu.

“Charging bank assets in bulk – including the minimum required reserves they have with the BNR and the state and the First Home program! OUG 114 will further discourage bank deposits, and investments too as a consequence. Linking the asset tax to the ROBOR is an attack on the independence of the National Bank!” the governor added.