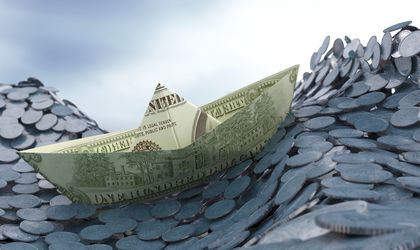 After analysing the state of public finances and the measures required to bring the budget within reasonable limits, the new PNL government announced that Romania would reach a budget deficit of 4.4 percent of GDP in 2019. It is far worse than the projected 3 percent deficit, and an effect of the measures taken over the past three years.

The budget problem is a result of the spending structure, said Ionut Dumitru, chief economist at Raiffeisen Bank Romania, at the annual conference of the Association of Financial-Banking Analysts in Romania.

“The budget deficit is very large. We saw a deficit of 2.8 percent of GDP in October, with many unpaid bills by the state. Investment spending was well below what had been budgeted for the year. Practically, as the spending was made, social expenses were higher than the budgeted value, while investment expenses were lower,” said Ionut Dumitru.

While the revenue side was well below expectations, it was obvious from the beginning that the revenues were overestimated. He explained that the budget problem is a result of the spending structure. Salary spending stands at almost 12 percent of the GDP. Furthermore, the new Pension Law brings a spectacular increase in the budgetary effort, from about 9 percent of GDP currently to over 14 percent of GDP in a few years.

There was also a slowdown in economic growth, and third quarter the figures were below expectations. The predicted economic growth for this year is less than 4 percent, with around 3 percent for next year.

Romania is positioned unfavorably compared to the other countries in the region in the event of a global or regional crisis. Fiscal space has already been used up by the broad increase in current public spending (public sector salaries, pensions). According to the European Commission’s estimates from November 2019, Romania could register the highest public budget deficit in the EU in 2020. Public debt (estimated at 37.2 percent of GDP in 2020) is on an upward trend as well.

The budget deficit is a problem in many European Union countries. While half of the 28 countries recorded budget surpluses, the other half is on a deficit. Cyprus and Romania are the only ones that will exceed the 3 percent value.

In order to still have low interest rates from international markets and investors, Romania must provide a clear sign that its budget deficit will shrink in the coming period. As projected, in 2020 the deficit will go back to 3.3 percent and it will drop below 3 percent in 2021. If the trend is confirmed, the markets will overlook this year’s high deficit.

Pensions on the rise

Keeping the deficit down in 2020 requires pensions not to increase by 40 percent in September 2020, as planned. Economists point out that we cannot deliver the increases promised by the former government, so the law must change in order for the raises to be postponed.

The postponement is the only measure that could bring the deficit marginally above the budget deficit limit of 3 percent, says Valentin Lazea, chief economist of the National Bank of Romania (BNR).

According to him, many decision makers, as well as citizens, believe that a budgetary adjustment of 2.5 – 3 percent of GDP is “a piece of cake” and that it can be done through better tax collection, additional taxes on special pensions, public staff layoffs and so on, but this is a wrong view. He pointed out that 0.1 percent of GDP is RON 1 billion, and “playing with figures of a magnitude of 2.5 percent, i.e. RON 27 billion or EUR 5.5 billion, means that you’re living in another world.” 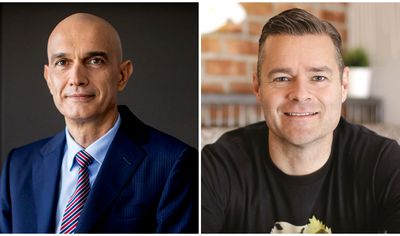 The measure of adding an extra tax on special pensions could bring a maximum of RON 1 billion to the budget each year, a better collection of the VAT could mean at most RON 5 billion, if it is pursued constantly for several years, and the return of the dividend tax to 10 percent could bring at most RON 1 billion. Similarly, firing 5 percent of public employees, meaning 60,000 people, would bring up to 0.6 percent of GDP.

All these measures together represent 1.2-1.3 percent of GDP, and they might be enough if they are applied next year, but “what are you going to do in 2021?” Lazea asked.

“These figures do not take into account another ticking time bomb that lies under Romania’s consolidated budget, namely the planned pension recalculation supposed to take place in 2021 to correct inequalities between people retired in different years, which will add to the deficit, so that in 2022, the deficit would reach 6.5 percent of GDP,” added Valentin Lazea.

The current account of the balance of payments recorded a deficit of EUR 8.1 billion during the first 9 months, compared with EUR 6.79 billion during the period January – September 2018, according to data published by the central bank. These numbers would also have to change in 2020 in order to keep the deficit under control.

Direct investments by non-residents in Romania amounted to EUR 4.23 billion (compared with EUR 4.5 billion euros in January-September 2018). Also, total external debt increased by EUR 8.39 billion in the first 9 months, with the increase coming mainly from euro-bonds issued by the Finance Ministry.

The balance of goods recorded a deficit that was EUR 2.3 billion larger while services had a EUR 343 million larger surplus.

The increase in the direct public debt in the first nine months of 2019 stemmed mainly from euro-bonds issued by the Finance Ministry at a nominal value of EUR 5 billion and from the influence of the variation in the prices of securities issued by the public administration in the amount of about EUR 2.7 billion, diminished by repayments made towards loans contracted from international bodies amounting to EUR 1.59 billion.

The degree of short-term external debt coverage, calculated at the residual value, with the foreign reserves the BNR had on September 30, 2019 was 75 percent, compared with 74.1 percent at December 31, 2018.