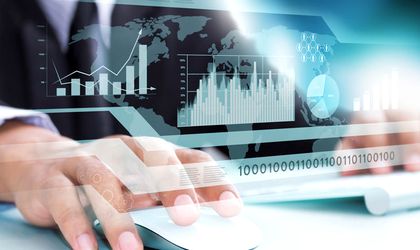 The amount of loans granted by non-banking financial institutions (NBFIs) in Romania reached a record level of over lei 41 billion mid-2022, after a 9.2% advance in the first six months of this year (compared to the same period in 2021), according to the latest KeysFin analysis. In the post-pandemic year, the loans granted by the NBFIs registered in the General Registry increased by 8.1% to lei 38 billion.

LOANS GRANTED BY NBFIS: HOUSEHOLDS IN LEI, COMPANIES IN EURO

Over 90% of the loans granted by NBFIs to households were in lei, 9% of the total were in euro and 0.9% of loans in other currencies, according to data from the end of June 2022.

“Compared to the end of last year, we note a 0.4% increase in the share of loans granted to the population in euro, and at the same time, a 0.3% decrease in the share of loans in lei. At the other end, 81% of the loans granted by NBFIs to non-financial companies were in euro, followed by those in lei, with a share of 19% of the total, according to NBR data.

From the maturity perspective, we observe that 68% of the portfolio of loans in euro granted by local NBFIs to non-financial companies had a maturity between 1 and 5 years, 28.6% had a maturity of more than 5 years, and 3.5% of less than a year”, said Diana Florescu, KeysFin economic analyst, one of the most important providers of business information solutions in Romania.

THE LARGEST NBFIS IN ROMANIA*

UNICREDIT LEASING CORPORATION IFN SA was the largest NBFI in Romania by total assets, of lei 5.3 billion, which represented 12.4% of the total in 2021. BCR LEASING IFN SA ranked second with total assets of lei 3 billion, or 7% of the total, followed by BNP PARIBAS LEASING SOLUTIONS IFN SA, which recorded the largest nominal increase, of lei 638 million and the largest percentage advance, of 36.5% in top 10, to lei 2.4 billion in 2021, according to data from the Ministry of Public Finance analysed by KeysFin specialists.

From the Net Result perspective, the FONDUL NATIONAL DE GARANTARE A CREDITELOR PENTRU INTREPRINDERILE MICI SI MIJLOCII SA – IFN (8th place by total assets) had the highest profit among local NBFIs, of almost lei 103 million and generated 7.7 % of the total in 2021. In second place, after the net profit recorded in 2021, there was UNICREDIT LEASING CORPORATION IFN SA with lei 101 million, followed by TBI MONEY IFN SA with lei 77.6 million in 2021.

Non-performing loans decrease and an increase of provisions in 2021

The total level of provisions related to overdue and doubtful loans granted by NBFIs increased marginally by 0.8%, to lei 2.4 billion in 2021.