LIFE IS HARD tripled its net profit and turnover in 2021 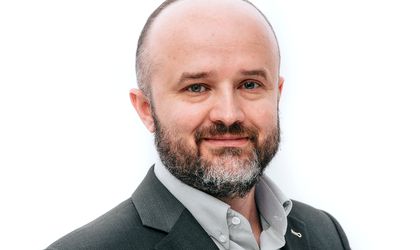 The largest share in LIH’s turnover was held by the telecommunications business line, which generated 58.86% of this result, followed by Insurance, which brought 30.95% of the revenue.

The company has improved in 2021 other important financial indicators, increasing its assets by more than 500% and registering significant improvements in liquidity.

“2021 was the first year proving the materialization of our accelerated development strategy, and the results show us that our business decisions have the power to bring immediate value, at least to the promised level, and to healthily grow the company’s foundation, an approach we consider on the long term. In addition to LIH’s results, Innobyte and Performia Finance, companies in which we have holdings, also recorded performances, in terms of revenue – both with increases of over 20% – and in terms of profit”, says Cătălin Chiş, Chairman of the Board of LIFE IS HARD.

It was 2021 as well when the company decided to split its shares, an action which was operationalized at the beginning of this year. It is an approach by which LIFE IS HARD wanted to bring more flexibility in the stakeholders’ portfolios, respectively the possibility to increase the liquidity on the stock exchange more easily.

“The end of 2021 was also the time for a major business decision, for which we are intensely preparing: the transfer of LIFE IS HARD on the main market of the Bucharest Stock Exchange, planned for the beginning of 2023. This new position that we aim at encourages us to maintain a good level of performance in the future and to bring together new growth partners “, mentions Cătălin Chiş.

This year, the company continues its campaign to attract partners and aims to acquire new technology companies with complementary skills. For the period 2021-2022, LIFE IS HARD has announced its intention to invest 10 million euros in this endeavor.