Interview | Bradley C. Birkenfeld on whistle-blowing: Any felony that you witness must be reported; silence is complicity and it perpetuates criminality 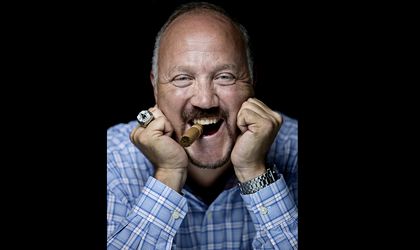 A former private banker and author of the fascinating best-seller Lucifer’s Banker, Bradley C. Birkenfeld is considered the most influential financial whistleblower of all times, as his series of disclosures (2005-2011) shed light on illegal offshore banking practices, tax evasion, and corporate crime, as he broke the so-called bankers’ Omertà – the banking secrecy laws – now being viewed as a traitor in the close-knit caste of Swiss bankers. However, for many other in the banking world, Birkenfeld was a blessing in disguise for the Swiss financial sector, as his series of revelations drove the final nail in the coffin of bank secrecy laws that permitted tax evasion and he practically aided Switzerland’s finance industry to shake off its dependence to dirty money.

What is a whistleblower?

In accordance with Article 3 of the Law no. 571/2004, in regards to the protection of the personnel of public authorities, public institutions and other units which report breaches of the law, a whistleblower is someone who is part of a public authority, a public institution or other units (such as those associated with the central or local public administration or with autonomous administrative authorities, etc) and who makes, in good faith, a report concerning any act that involves a violation of the law, of the professional deontology or of the principles of proper administration, efficiency, effectiveness, economy and transparency.

Why are whistleblowers important?

Asked about the importance of this role, Bradley C. Birkenfeld, also known as “Lucifer’s Banker”, stated that whistle-blowing “is an extension of the law enforcement, whereas a whistle-blower will assist in regard to enhance the enforcement practices and enforcement policies of the laws in that country. (…) Whistle-blowers are the essence of eradicating fraud and corruption in society.”.

The positive effects of the activities that are undertaken by the whistleblowers are notable. Apart from the fact that the governments and the businesses will benefit from an increase in public credibility, significant improvements will be perceived with respect to the work environment and both the clients and the shareholders will feel more confident. Furthermore, the government will be able to reclaim amounts of money which can be redistributed and allocated to certain projects that all citizens can benefit from: building new schools, roads, hospitals, etc.

How can companies promote the importance of whistle-blowing?

An important step in the fight against the fraud that takes place in companies and institutions is promoting the act of reporting tax crimes at the level of employees.

In this respect, Bradley C. Birkenfeld recommends contacting some whistle-blowers and lawyers with the purpose of  holding presentations on this matter. “This should be seen as an investment in their company, it helps the insurance company, their clients, colleagues and shareholders are happier, if they do it the right way.”.

Moreover, “Lucifer’s Banker” advises the implementation of a solid policy about whistle-blowing, putting it in written form and training employees in this regard, in order for them to comprehend the valuable approach of an organization that acts correctly and that is seen in a more positive light by others.

How are whistle-blowers protected in Romania?

Romania was the first European country to pass, in 2004, a law for the protection of whistle-blowers, namely “Law no. 571/2004 on the protection of staff from public authorities and institutions that disclose violations of the law”, also frequently called “the Romanian law for the protection of whistle-blowers”. This law surfaced after a lobby campaign initiated by the nongovernmental organization “Transparency International Romania”, a constituent part of a larger project aimed at strengthening and improving of integrity in the public sector.

However, this law is applied solely to the personnel in the public sector, whereas the workers in the private sector are not protected. They can be sheltered, in some cases, by the general labour legislation or by the witness protection legislation, when they face reprisals or obstacles due to the disclosed information (such as abusive dismissals or in the case in which they are called on as witnesses to report offenses or other breaches of law).

Which are the acts that are reported by the whistle-blowers?

Among the acts that may be the subject of a report, crimes of corruption, of forgery, of service, those against the financial interests of the European Communities are included, as well as preferential or discriminatory practices or treatment in the exercise of the powers of public authorities and institutions. For a comprehensive list, the website of the Minstry of Economy, Energy and Business can be consulted.

“The size of the case doesn’t matter, but the fact that you are exposing the fraud, the waste and the corruption. Once that’s being done once it will then create a snowball effect for other corporations within that same industry within the same country.”, claims Bradley C. Birkenfeld.

How should a whistle-blower proceed?

In the event that a person witnesses a fraud, it is important that they make sure that their statements won’t be covered up or hidden and that their complaints will be heared.

Additionally, that individual must be prepared with documentation, a timeline, names, dates, places, in order to facilitate the transmission of information to a person/group responsible with law enforcement and to ensure that the facts are properly investigated.

Another key element is a high-quality legal consultancy, as well as the usage of other means that can come to the aid of the respective cause: non-profit organizations, good media outlets that are supportive of this, family and friends and of course the internal whistle-blowing policies of the institution you work at, whether it’s corporate or government.