International Women’s Day: These are the 10 richest women in the world 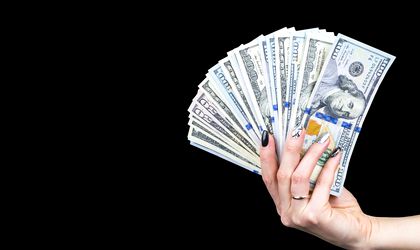 March 8 is International Women’s Day, so in order to mark this occasion in a business context we thought we’d take a look at a ranking of the richest women in the world, according to the latest billionaires’ list published by Forbes. Kwong Siu-hing is the widow of Kwok Tak-seng, co-founder of Hong Kong’s largest real estate developer, Sun Hung Kai Properties. She was the company’s chairman between 2008 and 2011 and remains the biggest stockholder with 26.5 percent. Rinehart is the richest person in Australia, having made her fortune from iron ore, an industry that continues to expand. She took over her father’s bankrupted iron ore estate and rebuilt it into something bigger. She is also Australia’s third-largest cattle producer. Iris Fontbona inherited her wealth from her late husband Andrónico Luksic, who made his money from mining and beverages. Iris and her children control Antofagasta Plc, which owns copper mines in Chile and trades on the London Stock Exchange. They also own a majority stake in Quiñenco, a publicly-traded Chilean conglomerate active in banking, beer and manufacturing. Abigail Johnson has been the CEO of Fidelity Investments, a Boston-based mutual fund founded by her grandfather, since 2014. She has also been the company’s chairman since 2016. She owns about 24.5 percent of the firm. She is also interested in cryptocurrencies, which led Fidelity to launch a platform in 2018 that allows institutional investors to trade bitcoin and ether. Her wealth comes from stakes in Apple and Disney, which she inherited from her husband and former Apple CEO Steve Jobs, who died in 2011. Laurene has invested in Emerson Collective, a for-profit social impact firm she founded in 2004. Her focus is on education, immigration and the environment. In 2017 she took a majority stake in Atlantic Magazine and has gone on to invest in nonprofit publications from Mother Jones to ProPublica.

Susanne Klatten owns 19.2 percent of BMW, while her brother, Stefan Quandt, owns 23.7 percent. Their late mother, Johanna, was the third wife of legendary industrialist Herbert Quandt, who guided BMW to preeminence in the luxury market. Susanne is an economist and has an MBA and helped turn her grandfather’s Altana AG, of which she is now the sole owner, into a world-class pharmaceutical/specialty chemical corporation. She is also the founder of an innovation center at Technical University of Munich, UnternehmerTUM. Jacqueline is the granddaughter of the creator of Mars, the world’s largest candymaker, founded in 1911. She owns about one third of the company and worked there for nearly two decades, having served on the board until 2016. Jacqueline is a well-known philanthropist and serves on six boards, including at the Smithsonian Museum and the National Archives. Alice Walton is the daughter of Walmart founder Sam Walton. She has two brothers, Rob and Jim, who are working at Walmart, but she is focused on the art world. In 2011, she opened the Crystal Bridges Museum of American Art in her hometown, Bentonville, Arkansas. She is a board member of the Walton Family Foundation, which donated USD 536 million in 2017, much of it to educational and environmental causes.

Francoise Bettencourt Meyers is the granddaughter of the founder of L’Oreal. She and her family own 33 percent of the company’s stock, which recorded its best sales growth in more than a decade in 2018. Francoise also serves as the president of her family’s philanthropic foundation, which encourages French progress in the sciences and arts.