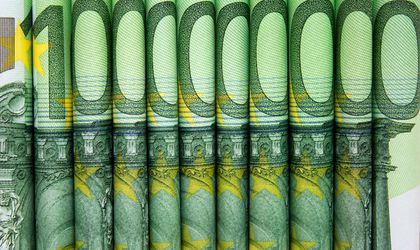 International Investment Bank (IIB) recently attracted a new round of financing on the Romanian capital market, for the fifth consecutive year. The bonds, with a maturity of 3 years and a fixed interest rate of 3.98 percent per annum payable annually, were listed on the Bucharest Stock Exchange (BVB), with the stock market symbol IIB22.

“We are proud of the outcome of this bond issue. This result clearly demonstrates the confidence of the international investment community in the Bank’s strategy and is obviously a sign of IIB’s recognition as a multilateral development institution located in Europe,” said Nikolay Kosov, Chairperson of the IIB Management Board.

“We are glad that it has already become a tradition for International Investment Bank to attract financing from the Romanian capital market and that they see a partner for financing in the BSE. The amounts attracted by the financial institution, together with other financing rounds carried out by other Romanian companies this year, demonstrate that the Romanian capital market is a solid mechanism and fulfills the financing role of the issuers that prove serious and win the investors’ confidence,” said Adrian Tanase, CEO of BVB.

The first round of financing carried out by IIB on the Romanian capital market was in 2015, when the financial institution attracted RON 111 million, and since then the bank has issued bonds, in both RON and EUR, on BVB every year reaching a total of almost RON 2.2 billion (EUR 467 million). The first two shows have already been reimbursed by IIB.

“There has already been a strong relationship with the investment base in Romania. We have been in this market for 5 years now and this is reflected in today’s result. We managed to establish benchmarks in the Romanian bond market. IIB was the first issuer that listed and traded bonds denominated in euro at the BSE in 2017, I repeated this in 2018 and now we have achieved the largest issuance of corporate bonds or issued by an international financial institution on the local capital market and we managed to get the lowest cost ever recorded by IIB for such instruments. Recent strategic decisions by shareholders, such as relocating the IIB headquarters to Budapest and approving a new round of capitalization, have led to improved rating and financial performance. We are now witnessing the positive effect of these decisions: the lowest cost ever obtained by IIB for a bond issue in local currency. Finally, market perception and market test represent the best barometer,” said Jozef Kollar, First Deputy Chairperson of the IIB Management Board.

IIB22 bonds were bought by 18 institutional investors (banks, fund manager, pension funds, insurers and mutual funds). Offshore investors accounted for about 12 percent of the issue. As a result of this transaction, the Romanian capital market is currently the largest market on which IIB has attracted financing (44 percent of the total long-term financing), and the debt in RON has the largest share (27 percent) broken down by the currency in which the bonds were issued.

“The promotion of Romania to the Emerging Market status by FTSE Russell and the fact that financial institutions such as International Investment Bank or other institutions and more and more entrepreneurs look at the stock market as a complementary financing source for financing the development plans make us convinced that we are on the right path in the development of this financing platform that can support the increase of the well-being of the Romanians,” said Lucian Anghel President of the Board of Directors of BVB.

The issue was mediated by BT Capital Partners, the investment banking and capital markets division of Banca Transilvania Financial Group (TLV), together with ING Bank Romania.

“Trust and transparency are two extremely important values ​​on the capital market. At BT Capital Partners, we pride ourselves on the ability to create lasting relationships and amplify their results through perseverance and dedication. The extraordinary results of the fifth issue of International Investment Bank on the Romanian market are the result of the work started in 2015. We particularly appreciate the partnership that has stood the test of time and we are honored that we can be part of this success story,” stated Daniela Secara , CEO of BT Capital Partners.

“We are pleased to be one of the IIB partners in the fifth and largest issuance of bonds in lei on the Bucharest Stock Exchange. The significant interest shown by local and foreign investors for this transaction created the premises to increase the fine amount attracted, which directly reflects the superior quality of the issuer, the solid investor base and the commitment of ING to develop the local capital market,” said Florin Ilie, Deputy CEO, Head of Wholesale Banking, ING Bank Romania.

The funds obtained by IIB will be used to finance the existing loan portfolio and new loans granted to the Member States of the European Union and, respectively, for debt refinancing.