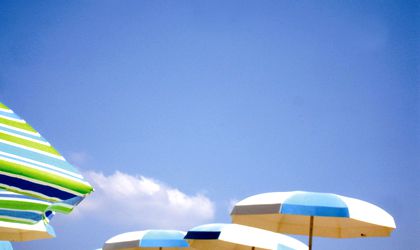 With a drop of 5 percent in the first quarter of 2010, the Romanian insurance market is facing a difficult period thanks to the economic crisis. Cost-cutting measures make it likely that insurers will invest only in their sales force, with caution being the main feature of their strategy for the local market this year.

The current difficulties that the Romanian market is facing as a result of the financial crisis have not spared the local financial market, including the insurance field. According to data recently published by the Insurance Supervisory Commission (CSA) and cited by Marie Kovarova, CEO of Generali Asigurari, the local insurance market fell by 5 percent to RON 2.29 billion in the first quarter of 2010. “The news can be viewed from two perspectives. On one hand the drop of 5 percent is not hopeful for anyone after many years of two-digit growth. On the other hand considering the current difficult economic and political context (for example the fall in GDP and rate of unemployment), the decrease could have been much bigger,” says Kovarova. Similarly, Stanislav Uma, president of the directorate and CEO at Ardaf, says that taking into account the psychological crisis, the results posted by the local market insurance as a whole are not bad at all.

2009 was a difficult year for many financial companies, and 2010 may not be any easier, warn specialists. “The signals coming from the economic environment in the first quarter are not very clear regarding the future. We can only hope that the Romanian government makes the right decision in order for the market to pass through the current situation and to make it safer in the future,” says the Generali representative.

The contraction of the insurance sector is the result of a drop in its main driving force – the car market. Furthermore, insurers have been badly hit by many corporate customers’ decision to reduce their costs, by ditching CASCO insurance for their car fleets or cutting their insurance budgets. In order to generate enough income to pay their existing debts, insurers are much more minded to accept a lower price than in the past. “Meanwhile, they are dealing with other effects of the crisis that influence insured goods: the re-evaluation of insured properties to reflect the current state of the real estate market, the costs of re-building and also the shrinking profits of their corporate customers,” says Anca Babaneata, deputy CEO and insurance vice-president of Platinum Asigurari Reasigurari.

A new development on the local insurance market is that many firms are trying hard to adjust to the deleterious effects of their car insurance portfolios on their technical results. “On top of that, they are moving towards other types of insurance with promotions and convenient offers, in an aim to balance their portfolios,” adds Babaneata.

Without doubt the Romanian insurance market still has a long way to go before it reaches maturity, with one of the main barriers to this being the dominance of car insurance compared with other more developed European countries. But there is also good news: in the last 12 months a clear change in strategy by many insurers active on the local market has become apparent. “They have started to focus on carefully managing their portfolios, evaluating the risks of each type of insurance, anticipating their administrative costs more efficiently and balancing their product portfolio by reducing the weight of car insurance to a greater or lesser extent,” says Kovarova.

The Romanian insurance market promises growth, believe specialists. According to them, Romania and Poland have the greatest potential to develop on the medium and long term. Judging by the take-up of life and non-life insurance on the local market, it is obvious there is plenty of space to grow.

“Of course, both players and the specialized authorities need to increase their efforts to convince Romanians of the benefits of financial products such as insurance, which become more valuable in times of crisis due to their protection component,” says Uma. Last but not least, the insurance market shouldn’t be perceived as an independent entity. Its status is in direct connection with the situation of the economy, standard of living, political stability, car market and business environment.

According to Babaneata, CASCO insurance sales have been quite possibly the worst affected because many policy-holders have chosen to assume risk rather than pay their premiums. According to Uma, the CASCO segment slumped by 25 percent in Q1 as a natural result of the shrinkage of the car and leasing market. “For those insurers that had managed to balance their product portfolio and promote other non-car insurance, the drop was not so significant. But for those that relied mainly on CASCO and car insurance, the problems are pretty severe,” says Kovarova. According to her, although her company saw a decrease in CASCO insurance in line with the market trend, it was not greatly affected at the level of general insurance. “Fortunately we have managed to create a balance, focusing on other products with development potential in this period,” says Kovarova. For example, Ardaf posted an increase of 4.2 percent on the CASCO segment and managed to balance its portfolio in the first quarter of 2010 and reach a 29 percent share for CASCO insurance in its total portfolio, 4 percent up on Q1 2009.

Firms throw themselves into marketing

Attracting new customers is crucial for all insurance companies, especially now, when Romanians are seeing their incomes come under a lot more pressure. In such a context, marketing activities play a significant role in the success of the insurance business. “We are concentrating our efforts mainly on a very high quality product that meets exactly the needs of our customers. In a first stage, the quality of covering through insurance is our main concern,” says Babaneata of Platinum’s strategy on the Romanian market. She adds that the company offers customized products. “Obviously we are also focusing on promoting our products, distribution channels and investments,” she says.

Generali has the same approach, that of offering its customers products that meet their needs from all perspectives: the right product offered at the right price distributed on the right channel. “Our marketing messages are created in order to emphasize both the main features of our products and the most powerful values of the Generali brand: the quality of its services and professionalism of its agents,” says Kovarova. Elsewhere Ardaf focuses its marketing strategy on the tangible benefits of its products, with an optimal price-quality ratio and easy accessibility being the main messages.

The major problems generated by the car insurance portfolios have prompted all insurers to focus on increasing the efficiency of their general and administrative costs and on other lines of insurance. “We have witnessed a reduction in operational expenses, outsourcing and increasing the efficiency of insurers’ operations – and this is likely to continue. The only investments will probably be made in sales force,” predicts Babaneata.

Elsewhere, Kovarova of Generali believes that all players on the market should pay more attention to their customers in order to better understand their needs in the new financial context. They should re-position their products or create new ones that are more flexible and better adapted to the demand of their customers and to the current economic conditions. “Companies will focus – or at least they should focus – on improving the quality of their services. As customers have already started to appreciate the benefits of insurance, they will leave the insurer if they are not satisfied by its services,” says Uma of Ardaf.

All change on the insurance market

There could be some changes in the ranking of insurance companies as a result of their concentration on different targets and objectives. “Many top 10 companies are owned by international groups, which, after they took over the local vehicles, were confronted with the poor performance of the market and needed to bring additional liquidities to cover losses rather than invest in future developments,” says Babaneata. She adds that after additional investments, these insurers will focus on making profit or reducing losses rather than increasing their turnover. “But there are still players that are equally focusing on turnover, hoping for positive results,” says the Platinum representative.

As for the life insurance market, Babaneata says that it is likely to stagnate. “The results registered by life insurers concerning the efficiency of their invested capital neither encourage nor help to boost trust in this market segment. Considering the current economic conditions, it is hard to believe that high sums will be assigned to this type of insurance – either private or corporate,” she says.

According to Kovarova, financial analysts’ optimistic scenario foresees a general increase of 4-5 percent for the insurance market, while pessimists fear it could slump by about 10 percent. “I think that 2010 will continue to bring similar challenges for insurers as 2009. In such conditions, the decision to buy insurance will likely be postponed or re-analyzed by some potential customers who will have other priorities. As a result, I don’t expect major changes in the level of new sales of products this year on 2009 and, as a whole, I expect the market to stay at the same level as last year,” says Cornelia Aurelia Coman, general manager of ING Asigurari de Viata.

The local life insurance market is suffering from consumer uncertainty – entirely understandable in the current economic context: the impact of the financial crisis combined with the instability of the Romanian political environment, rising unemployment and falling disposable income. “On the other hand, the recent period has brought to the fore the mature approach of Romanian consumers to life insurance,” says Coman. According to her, fewer ING customers are ditching insurance, with the total number of canceled and redeemed policies in Q1 2010 down 13 percent on the end of 2009 and 21 percent from January-March 2009.

“At the level of the entire market, I expect the number of canceled policies to drop by 20 percent in 2010,” says Coman. She adds that consumers’ interest in life insurance products with multiple benefits has risen. “In the portfolio of new contracts signed by ING in Q1 2010 we have seen a recovery in the appetite for unit-linked insurance that offers both financial protection and the opportunity to invest,” says Coman.

According to Kovarova, the life insurance market posted a surprising increase of 6.7 percent in the first quarter. “I say ‘surprising’ because the evolution was ‘forced’ by the products with guarantees offered by the insurers that benefited from the support of a bank. The real trend on the life insurance market will be visible in the second half of the year,” she says.

The life insurance segment has great potential to progress in the future, say specialists. In the last few years it has significantly developed and gained ground through the launch of more and more complex and attractive products. Although the current crisis has put a brake on growth the outlook remains hopeful. “I am sure that when the psychological recovery follows the current crisis, Romanians will again think of investing in a financial protection tool. Therefore, one of our main objectives for this year is to keep our license for life insurance,” says Uma.

Elsewhere, Coman of ING emphasizes the importance of the entire insurance industry increasing the transparency of its communication and developing educational programs for Romanians in order to make them aware of the need for long-term saving and protection instruments. “Meanwhile, I think that it is necessary to increase efforts to adapt the sale process to suit customers,” says Coman.