Vienna Insurance Group premiums up 6 pct to EUR 5.4 billion in the first half of 2019 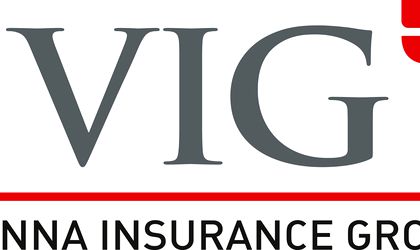 Vienna Insurance Group recorded a 6 percent increase in premiums volume in the first half of the year to EUR 5.4 billion, while the pre-tax profit rose by 10.5 percent to EUR 257 million.

“With significant gains in two key indicators, premium growth as well as profit, both before and after taxes, we can report very positive half year results. In spite of higher claims payments due to weather conditions, the combined ratio remained stable year-on-year. We will maintain our focus on optimising the business model in terms of claims and costs so that we remain on track to reach our target ratio of 95 percent in 2020. We are very confident that we will achieve our targets for 2019. The Group is aiming for a premium volume of EUR 9.9 billion and a pre-tax profit of between EUR 500 and EUR 520 million. The favourable economic environment in the CEE region complements our optimism. In July 2019, the Vienna Institute for International Economic Studies reported that slowdown in growth has been far less than expected in Central, Eastern and Southeastern Europe. Forecasts for the majority of countries have been revised upwards”, said Elisabeth Stadler, CEO of the Vienna Insurance Group.

VIG reported a significant year-on-year increase in premium income of about EUR 300 million or 5.8 percent, to EUR 5,447 million. All segments produced gains, including the single-premium life insurance business, where premiums have been falling for years. The growth drivers were the non-life segment, comprehensive motor insurance and health coverage. Bulgaria, Poland and the Baltic states recorded particularly encouraging improvements in premium growth. Premium volume at the CEE Group companies, adjusted for the first-time consolidation of companies in Poland, the Baltics and Bosnia and Herzegovina, grew organically by a robust 4.1 percent.

The financial result (including the result from at equity consolidated companies) for the first half of 2019 was EUR 423.2 million, down by 17 percent year-on-year, which was mainly due to non-recurring effects in H1 2018 resulting from higher gains. Consolidated pre-tax profit reached EUR 257.1 million – a substantial year-on-year increase of 10.5 percent.

Result before taxes in the first half of 2018 was affected by the goodwill impairment in the Romanian market. The Austrian, Bulgarian, Baltic States and Remaining CEE segments posted particularly strong gains. VIG’s strategy of achieving profitable growth is also reflected in result after taxes and non-controlling interests, which has improved by 10.5 percent to EUR 151 million in the first half of 2019.

At the end of July 2019, S&P has once again confirmed the Vienna Insurance Group’s A+ rating with stable outlook. In its report, the agency has particularly highlighted VIG’s consistently strong operating performance as compared to the rest of the market.

Strengthening bank distribution is one of the objectives of VIG’s strategic work programme ”Agenda 2020”. The focus here is on growing the non-life business through collaboration with Erste Group. A prerequisite for this was the merger of local composite insurers with the Group’s life insurance companies specialising in bancassurance, a process that has begun last year.

The last of these mergers was completed on schedule in the Czech Republic in early January 2019. The integration process progresses well in all countries, as reflected in the performance during the first six months of 2019. Premium volume generated by bancassurance went up by 8 percent to EUR 675 million (life insurance: growth of approx. 7 percent; non-life insurance: growth of approx. 12 percent). New business grew by an impressive 13 percent year-on-year in the first half. VIG’s Group companies currently cooperate with Erste Group und Sparkassen in 11 countries: Austria, Bosnia and Herzegovina, Croatia, the Czech Republic, Hungary, North Macedonia, Montenegro, Romania, Serbia, Slovakia and Slovenia.